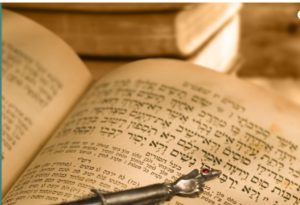 Ancient Israel, a land that has stood the test time. Israel has a rich and fascinating history. There have been countless wars, and uprisings have been fought across it, for the claim of the promised land. Due to the constant changing hands of Israel, many ethnicities have called ‘home’ the ancient Israel. Geography and history of this land are equally fascinating. The Kingdom of Israel has played a prominent part for Jews, Christians, and Muslims.

Interested in learning Biblical Hebrew? Read here my review on how you can do this online.

Ancient Israel’s history has been documented in various different places, one of which is the Bible. Though, through modern technology, modern scholars are finding conflicting evidence corresponding to the events in the Scriptures and evidence recovered from archeologic dig sites.  One thing is sure, though, Ancient and Modern Israel has survived the test of time.

Geographically, Ancient Israel has always been in roughly the same place, with its eastern border on the Mediterranean Sea; even though, over the years its landscape and name have changed. The State of Israel that we think of in modern times did not exist until the UN declared it independent in 1947.  Ancient Israel was called the Levant, and it was comprised of modern-day Israel, Syria, Lebanon, Palestine, and Jordan, (the Levant was a term given to the lands that bordered the Mediterranean Sea to the east). The Levant was part of the ancient country of Canaan. Ancient Israel was also known as quite a few different names: Phoenicia, Yehud Medinate, Judea, Palestine, and Syri-Palaestine. Palestine was also a reference of lands in the southern part of Canaan. Ancient Israel eventually ends up, becoming split into two sections, known as the Kingdom of Israel and the Kingdom of Judah.

Much of the history of ancient Israel is believed and found through the texts of the Bible. The first five books of the Old Testament, known as the Torah, is where this history is found.  According to the Torah, Abraham is the founder of ancient Israel and the Hebrew people. It is also noted that Abraham was the founder of the “big” three religions – Judaism, Christianity, and Islam.

All three religions, collectively known as Abrahamic religions, believe that Abraham was the first prophet. Abraham was born in the Sumerian city of Ur, and after the passing of his father, he was visited by Yahweh. Yahweh told Abraham to destroy the deities of his father and his father’s religion and to worship him, and only him. According to Yahweh if he did so and then moved his family to Canaan, the land would “flow with milk and honey.”

The migration of Abraham’s family and followers happened sometime between 2000 BCE and 1700 BCE. The Canaanites were used to foreigners continually coming into their land, so they had no problem with and accepted the migration of Abraham’s people. However, unlike the prophecy from Yahweh, the area in Canaan did not “flow with milk and honey.” Abraham and his followers found the land to have harsh conditions, and it took an extensive amount to work to survive there.

According to the Torah, Abraham then his son Isaac then his grandson Jacob, did their best to establish their culture, people, and beliefs in Canaan. Jacob had twelve sons; however, his most beloved son was his youngest, Joseph. Eventually, in a conspirator act, his jealous brothers sold Joseph into slavery; while lying to their father and telling him wild animals killed Joseph.

While in bondage Joseph interpreted a dream for the Pharaoh, which leads to Joseph essentially save the people from starvation, during the seven-year famine. When the famine and drought hit Canaan, Joseph’s brothers came seeking grain, Joseph welcomed them with open arms and persuaded them to stay in Egypt.

Eventually, the Israelites became affluent and numerous and became suppressed by an Egyptian Pharaoh (historians, believe the Pharaoh who enslaved the Israelites was Rames II; however, they are not entirely sure).  According to the Torah, the Israelites were finally taken out of suppression by Moses. The Israelites believed that Yahweh caused the Ten Plagues on the Egyptian people; this was what allowed Moses to free his people in what is known as Exodus.

It is believed that it happened somewhere between 1224 and 1211 BCE, probably during the reign of Merneptah.  In the Torah, it is stated that the Exodus of the Israelites took 40 years to complete, and during that time, they wondered the Sinai Peninsula desert and Moses received the Ten Commandments.

There are different thoughts as to why Moses passes his leadership off to Joshua, his second-in-command; some believe it was because Moses died before the Israelites reached Canaan and others think that Moses was unable to enter the promised land. Once Joshua leads his people back to Canaan the Torah tells how there was an altercation between the Israelites and the indigenous people of Canaan. In the Book of Joshua, it is stated that the city of Jericho is destroyed in the name of Yahweh. Thus, the indigenous people of Canaan were killed by the Israelites.The first translation of the Bible was the Septuagint, the Greek version of the Old Testament.

You can read here my review on how to learn Biblical Greek online.

The Bible has its version of what happened to the Israelites; however, it is not necessary the truth or the whole truth. Some archaeological evidence show a slightly different perspective then what is given in the Bible. The first known mention of Israel came from the tomb of the Pharaoh Merneptah.

Found by British archaeologist Flinders Petrie in 1896, the Merneptah Stele is the oldest non-Bible mention of Israel. The Stele, lists the military victories of Merneptah, and dates back to roughly 1208 BCE and states that “Israel is laid to waste, its seed is not.” What is significant about the Stele is it shows that Israel was a considerable force to deal with.

However, according to archaeological findings, the biblical story of Exodus, did not happen the way it is portrayed in the Bible.  According to Israel archaeologist Ze’ ev Herzog in the Ha’aretz Magazine, the archeologists consider today, based on their excavations in Israel, that the Hebrews were never in Egypt. Thus they did not wander the desert and had no military campaign to conquer the land.

The time period list of events also does not support the claims of the Bible for Exodus. The Bible states that it was 480 years from Exodus until the building of Solomon’s temple, archaeologists date Solomon’s temple dates to about 970 BCE which would place the migration of Joseph to 1880 BCE and Exodus to 1480 BCE. Egyptian history does not make note of any Israelite slaves during this time period.

Also, Pithom and Ramses (which according to the Bible the Israelites help to construct and lived in), according to well documented Egyptian documents, were not settled until around 1300 BCE. Another thing that does not fit into the 480-year timeline, is Moses’ family line. There are only two or three generations between Moses and Levi and there is no way that there is that many years between those few generations.

Another historical find that has a slightly different course of historical events from history and the Bible is the Mesha Stele.  The Mesha Stele is from the tomb of Moabite King Mesha and was created in about 840 BCE. It differs from the Bible in the timing of the Mesha’s rebellion against ancient Israel.

According to the Mesha Stele, Mesha fought against Anab; while, according to the Bible, his rebellion was against Jehoram, (it is also noteworthy that the difference could be of the wording used on the Stele when it refers to the uprising being against Omri’s son.  The term son could have been used as a term, meaning descendent). Also, according to the Bible, Mesha has a military set back and slaughters his son; however, there is no mention of these things happening.

The first king of Ancient Israel was Saul. There isn’t much historical information about him or even how he became king.  There are multiple stories about how he came to be king; however, they all agree that Samuel appoints him as king. The main reason for his appointment was because of the threat of a Philistine attack, and the main goal of his kingship was to save the people from the Philistines.

The Philistine were skilled warriors that used guerrilla tactics and had more advanced military equipment. There is little trustworthy information about King Saul, but with what little information there is, for the most part, it all states that he was a bad ruler.

King David was a popular and loved king among his people. He was able to unite the tribes of Israel. David, at one point, had been a trusted advisor to King Saul; however, Saul’s paranoia and jealousy cause a rift between the two of them. Eventually, David fled to Judah, because of Saul’s pursuit of him. David was able to keep good relations with the rulers of Judah because he helped to fight against Judah’s enemy the Amalekites.

David was eventually named king of Judah. When the Philistines tried to attack the central hill country, David was able to defeat them, and finally, the Philistines gave up on trying to conquer Judah. Once this happened, David was able to expel Jebusites that had taken over the city of Jerusalem. David then made Jerusalem not only the capital city but also, the religious capital. He did this by moving the Ark of the Covenant there. David then went on to defeat the Moabites and Ammonites; he was then able to take control of essential trade routes. He turned Ancient Israel into an economic power.

When King David died his son Solomon took over his reign (c. 970). When Solomon took reign, his opposition was either killed or banished. He wanted to prove that there were consequences for undermining his absolute power. Solomon placed his most trusted servants in the roles of his advisors; this led to him accomplishing internal stability in his realm. Solomon built the magnificent Temple in Jerusalem. He, also, established the fortified cities of Megiddo, Beth-Horon, Gezer, and Hazor. Inside of his walled cities, Solomon created water conduits and garrisons; along with other items that would be needed to withstand a siege.

During Solomon’s time, he split Ancient Israel into twelve districts. Each district, except for Judah, had to pay tribute.  However, the tension was caused by Judah being exempt from having to pay homage. For the most part, Solomon’s reign was peaceful. However, tensions began to rise towards the end of the reign. There were internal tensions between his advisors, Edom attempted to revolt and Solomon’s former ally, Egypt, began to shelter his enemies.

Rehoboam became king after the death of his father, Solomon. The tensions that started to become apparent during Solomon’s reign finally came to a head. The citizens of the districts came to Rehoboam and asked for help, and he told them that it was “God’s will” for them to pay.

The only tribe that stayed utterly loyal to Rehoboam was Judah, the northern ten tribes split away and created the Kingdom of Israel and named Jeroboam their king. The two southern tribes of Judah and Benjamin then became known as the Kingdom of Judah. Rehoboam wanted to attack the Kingdom of Israel; however, he was stopped by the prophet Shemaiah.  His son, Abijah, eventually took over rule when Rehoboam passed away.

Where History Is Part of Religion

Ancient Israel is considered the birthplace of the three prominent religions since each one follows certain beliefs from Abraham.  There are many different stories as to the real history of Israel, from the Bible to archaeological finding.  One thing is for sure; it was a land that stood the test time and has seen its fair share of bloodshed.