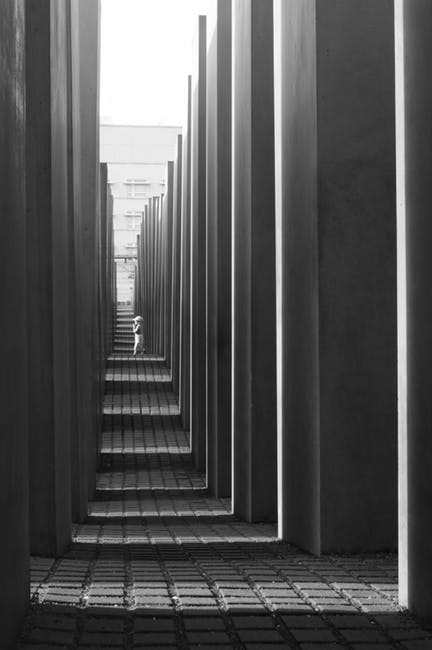 One of the representatives of the new functionalist paradigm in the philosophy and culture of the twentieth century is Jean-Paul Sartre. Nausea, his novel from 1938, describes an individual who becomes aware of the metaphysical crisis that follows the end of substantialism. He expects to see essences, the truth, the old truth, but he sees them nowhere.

When There Are No Essences

In the novel, the feeling of nausea is related to the experience of the main character who sees that instead of Being there is only nothingness. It is a rejection of the awareness that there is no truth, a refusal that gets physical shape. The individual is facing surfaces that lack any contents, interiors, internal dimensions. Everything is flat.

An inner dimension means an essence, something that holds a thing together and which we can know. It is something that supports our reconciliation with reality. When things have an inner dimension, an essence, the reality is not something strange, ghost-like, but familiar and intimate. The individual knows how he got here, what he looks for here, and where he will go from here. His life is meaningful and therefore he is content. However, when he loses his trust in knowledge, in the traditional values and understanding, and cannot replace them with new insights that can be as deep as the ones he has lost, he becomes despondent.

In the novel, even the story of the life of the Comte Rollebon that Roquentin (the main character) endeavors to write seems no longer to be interesting or at least the words that recount it seem not to be able to grasp the reality of that life. They are only products of imagination, they do not reach their object and do not seize their reference.

If we consider words as instruments of our thinking, and if we accept that our thinking has lost the capacity to reach the core of reality, only slipping over it as empty names, then the words too contain no hooks with which you can grasp a real meaning.

The more you describe things, the more things lose their substance. This happens because they are lacking a center that could reunite them into one entity, things becoming an aggregation of aspects that are not tied together. They are useful, but not homogeneous. They are not growing out from an inner kernel, but are assemblages of diverse features, which most of the time don’t fit together.

Of course, this loss of meaning is replaced with another perspective, which consists of the experience of emptiness. Martin Heidegger, one of the authors most appreciated by Sartre, in his book Being and Time highlighted the readiness of modern man to forget about himself, to dive into forgetfulness, to resort to all kinds of activities that make him overlook his finitude precisely because of the fear of experiencing emptiness, a fear that becomes angst.

Another author from the beginning of the twentieth century was Robert Musil, the author of The Man Without Qualities. We encounter the same way of experiencing reality in this novel as that which we find in Sartre’s Nausea: a man who cannot find himself, who searches in vain for truth within himself and in society.

The Feeling of Emptiness

What happens with the characters in novels of this type? They feel astray in modern society. Compare the characters of Balzac with Roquentin, the main character of Nausea: they do not tend to introspection, like the latter, especially to an empty introspection that leads nowhere, to no truth.

The new characters live in a world that doesn’t support their convictions or assuredness. They live in a sort of no man’s land, being exponents of the modern nihilism, that mistrusts traditional values and ideas without being able to replace them. This is why novels of this kind lack a plot; they aren’t stories properly speaking; they do not recount anything, except the inner experiences of the characters.

The descriptions have no unity because things do lack unity: they remain at the surface without transcending it. Because there are no essences, things transform into empty multitudes. These multitudes cannot build even a maze, because a maze still seems to be a path, though a very tortuous one.

In Sartre’s novel, a metaphor for the condition of the modern man is the character called the Self-Taught Man. This is the man who, in the public library, started reading everything in alphabetical order, without any particular interest that should orient him from within while in the labyrinth of the thousands of books. This order isn’t actually a rational one, based on the inside of things, but a shallow order, based on their external relationship: the books stay together not based on their content, but only due to the names of their authors.

The Stream into Which You Cannot Step Twice

For us, the history of ideas refers to a history of the ways in which people have seen the world around them and the inner world too. In this context, we may have the impression that people in the past thought as we think today, only that the outer circumstances of their lives were different. The truth is that by seeing different things, they also saw differently than we do today.

They had different interests, and by seeing the same thing that we still can observe today (a stream, for example), they saw something else. What? That remains forever a mystery. We try to decipher their thinking by examining what painters of the past have painted, what writers have depicted and what sculptors have carved into stone. But we never can reach their thoughts and feelings because what seem to be their thoughts or feelings are in great part our own projections.

You might ask why there is no plot in the novel, why the whole novel is nothing else than a lengthy description of people, places, feelings, experiences. The interest of the author has changed: he no longer looks for adventures, for plots, because he no longer believes that adventures and plots correspond to the personalities of the main characters.

In general, the story of a novel has an educational sense: it shows something that has an exemplary character; you learn something from it; it is meant to teach you something. Nineteenth-century novels describe the adventures of the main characters in order to expose their personalities i.e., inner essences. With the shift toward functionalism, the characters have lost their pre-existing personalities, and therefore the novels have lost their plots.

Roquentin contemplates everything around him astonished by each thing or face that he sees. Because the author is no longer interested in portraying him, in showing how he behaves when confronted with an unexpected situation in order to highlight his moral features, the novel is a long description of soul states, of people and moods.

Roquentin tries to understand the world around him, in an effort to see beyond its surface. But he is unable to go beyond it. He cannot penetrate the phenomena toward their inner thing-in-itself, or toward their essence. The novel can be seen, and it was seen, as a manifesto of Sartre’s philosophical conception that existence precedes the essence which is dissolved in the existence.

Existence creates the essence: the outer world shapes the inner world of the character. It is quite difficult to see this shift since we have lived for a long time in this new paradigm and acknowledge easily that the outer world shapes our inner world. But in the past people did not consider that we depend so much on the external world. An influence was, of course, admitted, but the character was seen as having its own content which could not be transformed. Now the character is devoid of content, therefore he is only a contemplator of everything that is going by, be it people, moods or things. He is like a mirror that has a content only if it mirrors something, not by itself.

In the history of ideas and art, writers and artists follow their own ideas. But they are led by interest, they are interested in new ideas, they feel joy in describing things from a new perspective, from a new angle. It seems as if they are the ones who control the creative process, but on the contrary, this process controls them: because they are tempted to write or to create in a certain way, they feel productive only if they follow specific ideas and not others. There is a cultural atmosphere, a cultural style that all creators of an epoch share.

Roquentin, from his new functionalist perspective, unveils the emptiness of the local important figures of the past in the Bouville museum. The descriptions are full of an irony that hinders the imaginary viewer from feeling himself impressed by these leaders. The hidden comedy of the past is exposed, a comedy where the intentions of the painted characters have lost their meaning because they are marked with histrionism. The old values that built and supported the community have faded away, and now the beholder looks at these paintings like a lover who just awoke from the dream of love and saw his beloved with a cold and alienated eye.

The past is gone, but the present is not capable of replacing its value, the present is empty and shapeless. There is no struggle between these two moments of time, no quarrel between classics and moderns. The present has entered the scene unnoticed and devoured every certainty.

Certainty, truth, means understanding the world around you, ultimately having a firm grasp of it, of its substance. A functionalist perspective refuses (or is unable?) to apprehend anything behind the surface of things. As Roquentin writes in his diary: ‘Now I knew: things are entirely what they appear to be – and behind them … there is nothing.’

In the beginning, this perspective can seem a nihilistic one, as if it didn’t recognize any trusted value. In fact, it takes its values from the existence itself, from the experiences that the main character goes through. If, in the beginning, the emptiness induces nausea, in time the Cartesian certainty of self replaces this nausea. But this self is however different: it is not the inner thinking self, but an organic self, the embodied self. Thus, it is a self that doesn’t exist by itself, but lives within the world of things, being in a way itself a sort of thing.