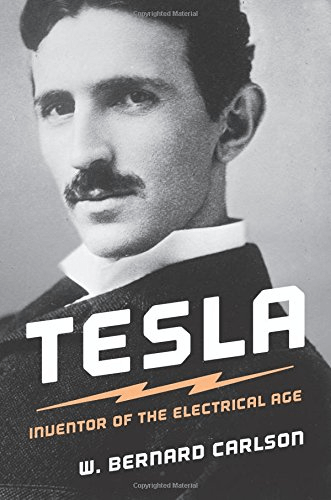 Tesla Inventor of the Electrical Age

Many believe that genius and eccentricity go hand in hand. The brain that is able to solve complex mathematical equations may also be the one who has to check and recheck their locks before entering or exiting the house. The person capable of writing a masterpiece of a symphony may also be painfully shy and unable to communicate with others. The writer who is able to put together beautiful prose may hear voices and see hallucinations. The scientist whose inventions changed the world may have had so many mental illnesses and insecurities that he became a recluse by the end of his life.

The people who believe genius and eccentricity coexist are certainly familiar with Nikola Tesla. Experiments, inventions, and science were a quintessential part of his life. Tesla was a brilliant inventor who practically pioneered the study of electricity. However, he also exhibited some odd quirks and had several mental illnesses making him both smart and troubled.

Popular culture has shown both sides of Tesla: the genius and the eccentric. In various movies such as The Prestige, he uses his studies of electricity for uses common in science fiction such as body replication, teleportation, and time travel turning him almost into a wizard of 19th-century scientists. Of course, Tesla’s name is still used in everything from a rock band to a brand of electric vehicles. Even recently in the news, a group of university students tried to replicate some of Tesla’s studies. Tesla is seen as a visionary who wasn’t always understood for his time, someone who’s science is finally catching up to him.

W. Bernard Carlson, author of Technology in World History and Innovation as a Social Process: Elihu Thompson and the Rise of General Electric, 1870-1900 wrote Tesla: Inventor of the Electrical Age. The book is a comprehensive study of the various facets of Tesla’s character, the brilliant inventor and the troubled genius. Those aspects helped create the man that has finally being given his due as one of the fathers of modern electricity.

Carlson first describes Tesla’s childhood in what is now Croatia and Serbia and how it shaped his life long interest in science and created several psychological struggles that impacted his health.

Tesla was greatly inspired by his mother, Djuka, who was forever taking things apart to see how they worked. She also was an inventor herself and fashioned better devices to run her household more efficiently. Tesla also tinkered with items creating a way to harness energy to the service of man and tried to make flying machines. The inventions didn’t always work but they built within him a love of science and practical applications towards energy. He also possessed an eidetic memory in which he remembered everything he read and the sources from which his readings came. Tesla’s memory helped him in his future studies towards energy and electricity.

Unfortunately, he also exhibited early signs of mental illness, which would impair his adult life. Tesla’s mind would often create images which he had a hard time discerning fantasy from reality. His moods shifted from hyper and excitable to languid and depressed suggesting that he had Bipolar Disorder.

When he attended Austrian Polytechnic, he studied so hard that his professors wrote to his father that he would die from overwork. Tesla’s obsession with work became an issue throughout his lifetime. He claimed only to get two hours of sleep a night and had little sustenance when he became fixated on a project. He never married, nor did he form any romantic attachments throughout his life because he felt domesticity would remove him from his real calling: science. Carlson’s book revealed him as someone who was so driven by his pursuit of science that everything else friendships, family, even personal health were secondary to his studies and inventions.

Tesla first became interested in electricity when a physics professor demonstrated how it worked during an experiment. While Tesla assisted and improved on various inventions such as a telephone repeater, and building and improving on versions of generating dynamos, it was Tesla’s involvement in “The Current War” and rivalry with Thomas Edison that caused him to enter the public consciousness.

Tesla worked for Edison Machine Works in New York City on various projects like developing an arc lamp. While at Edison Machine Works, Tesla had several unpleasant run-ins with the boss, including disputes over money which caused him to quit six months after he started. He then started his own manufacturing and utilities company Tesla Electric Light and Manufacturing then the Tesla Electric Company putting him in direct competition with Edison himself.

In 1887, Tesla developed an induction motor that ran on alternating current (AC). Tesla gave public demonstrations in an attempt to gain a patent. George Westinghouse ready to patent his induction motor became terrified of the young upstart from Serbia-Croatia. Westinghouse hired Tesla for a year to promote the device. In exchange, Westinghouse licensed the patent.

The “War on Current” began when Edison tried to prove his direct current (DC) induction motor was better than the AC induction motor. Thus began a series of various electric rivals undercutting, spying, and propaganda. Among the procedures were that Edison showed his motor to a wider group of people and the general public, while Tesla showed his to a select few so Edison’s was more recognizable than Tesla’s.

The War on Current and subsequent financial troubles forced Westinghouse to declare bankruptcy and purchase Tesla’s patent for a sum of $216,000 in a patent sharing agreement with General Electric, which was a merger between two former rivals, Thomas Edison and Thomson-Houston. So Edison and Westinghouse technically ended up with the patent leaving Tesla with money, but out in the cold.

While he lost his induction motor, Tesla continued to create other things like the Tesla Coil, an electronic conductor that captured electromagnetic radiation by using an iron coil. He developed a steam-powered oscillating generator. He also consulted on what power systems were to be used at Niagara Falls and experimented with x-ray technology.

Throughout his lifetime, Tesla obtained over 300 patents worldwide for his inventions. He also demonstrated his electric devices during shows and exhibitions turning the introverted private electrical engineer into something of a showman as he demonstrated his projects to a public eager to see the latest scientific breakthroughs.

Tesla formed rivalries not only with Edison and Westinghouse but with other scientists in his day. Among them was Guglielmo Marconi. While Marconi was creating his wireless telegraph device, Tesla worked on one of his own.

Tesla experimented on his device in his laboratory in Colorado Springs, Colorado, when he received what he thought may have been a signal from outer space. Newspapers jumped on the story insisting that he received signals from Mars (fueling popular speculation at the time that there was intelligent life on that planet.). While Tesla tried to cool the speculation, saying the signal could have come from anywhere, nowadays most believe that he received a cross-communication from Marconi’s wireless as he was experimenting on his telegraph at roughly the same time.

Tesla vied with Marconi to be the first to send a telecommunication but in December 1901 Marconi beat him. Tesla tried to sue Marconi after his parents ran out, but they went nowhere, particularly because investors believed Tesla’s invention to be a hoax.

Carlson’s book shows that sometimes, knowledge is not the province of one person, that more than one scientist can have similar ideas. However, sometimes it’s not who the creator is or how well the device works, it’s simply a matter of who gets to the patent office first and who gets to hold onto the patent the longest that gets the credit.

Unfortunately, despite Tesla being at the forefront of various inventions, he was often at the mercy of inventors who were more duplicitous, more presentable to others, or simply able to get the patents first. Sometimes it came down to simple luck, which Tesla did not always have.

Carlson’s book divides Tesla’s life in half, between his early successes and his later disappointments, which led to his mental health to go into a serious decline. A fire at his lab in 1895 destroyed many of his inventions and notes, causing Tesla tremendous grief and depression. From 1905-1906 Tesla suffered a complete nervous breakdown brought on by the negative publicity involving his rivalry with Marconi and financial troubles. By 1910, he lived in several hotels and tried to appeal to Jack Morgan, son of J. Pierpoint Morgan for financial support to no avail.

While he and Edison were rumored to be given the Nobel Prize in 1915, it was given to Sir William Henry and William Lawrence Bragg. Further rumors spread that because of Tesla and Edison’s animosity towards each other, they were either denied or refused the award. In subsequent years, neither one ever received the Nobel, though Edison received one of 38 bids in 1915 and Tesla received one of 38 in 1937.

Even Tesla’s ideas became more bizarre as he aged. One of his last few successes was the bladeless turbine. While Tesla could never put it to practical use, it was later used in speedometers in luxury cars.

Other ideas did not work out as well. He tried to produce ozone as a therapeutic gel. Another experiment that he tried was to see if electricity transmitted to the brain enhanced intelligence. He studied the possibility of biplanes taking off vertically and practiced various other ideas that never took off the ground (pun not intended).

By 1934, Tesla lived in such poverty that Westinghouse paid him a nominal $125 consulting fee out of concern of bad publicity that their former inventor was practically homeless. In 1934, Tesla claimed to be working on a weapon using cosmic rays that was called either “teleforce” or a “death ray.” Tesla appealed to various War Committees in various countries including the U.S. and Yugoslavia for the use of his ray.

While Tesla claimed to have used the ray, he even insisted he caused an earthquake, no concrete evidence suggested that this was the case. Until after his death in 1943 when a resistance box was found and then in 1984 when the Nikola Tesla Museum discovered a treatise containing a description of an open-ended vacuum tube, no one ever saw the ray or any official plans or schematics of it.

In 1943, Tesla died alone in his hotel room at the New Yorker Hotel at the age of 86 of natural causes.

W. Bernard Carlson gave us the complete picture of Nikola Tesla, the brilliant inventor and troubled eccentric. His mental illness contributed to his creative process, and his genius was often aggravated by his emotional behavior. Those halves-eccentric and inventor, genius and obsession, were what made him who he was.