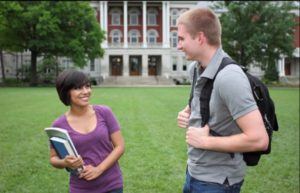 For regular students of English-speaking universities, the TOEFL is irrelevant. However, for foreign students who hail from non-English-speaking countries, it is a critical part of their applications. Practicing for and scoring well on this test takes time, effort, and, many times, expense. A TOEFL iBT practice test online is a cornerstone of test prep. While the TOEFL iBT is relatively convenient and fair, it is still a real challenge for many students.

What Is the TOEFL?

TOEFL stands for Test of English as a Foreign Language, and it is a standardized test of English fluency for non-native speakers; the test is especially applicable to the fluency needs of an English-speaking university. However, the TOEFL is also used as an entrance exam for other institutions, such as other education programs, companies, and even countries. As such, it is a commonly taken and accepted test – with over 2 million test-takers per year, worldwide.

The TOEFL was created in the 1960s by the Educational Testing Service (ETS) – the same organization that makes the GRE, among other standardized tests. ETS is USA-oriented but is global in scope. ETS still manages the TOEFL and provides quality test-prep materials.

As you might expect, the TOEFL has sections for the 4 basic language skills: reading, listening, speaking, and writing. It takes about 4 hours to complete.

Language attrition is a term to describe the loss of one’s native language after being immersed for a period of time in another language. Language attrition is all the more of a problem for a second language that is not reinforced. Therefore, most institutions understandably will not accept TOEFL scores that are more than 2 years old – they simply cannot be sure that the score reflects your present English fluency.

The TOEFL iBT is the internet-based test (iBT) version of the same test. There is still a revised PBT (paper-based test), but it is only taken by 2% of test-takers. Aside from the rise of the internet, the reason for this is that the revised PBT has no speaking section, and most institutions want a speaking score. The speaking section was taken out because the only way to test speaking without a computer is to have an examiner listen to the test-taker speak.

Unfortunately, this is not an entirely fair approach: different examiners might judge differently and they might accidentally judge the test-taker based on irrelevant subjective factors, such as physical appearance or demeanor. Therefore, the iBT is very much the preferable version for most purposes.

The TOEFL iBT is commonly used and generally preferred in most of the traditional Western countries – the USA, Canada (especially their graduate programs), France, and Germany. However, it is also universally accepted at Australian and New Zealand universities. In the end, though, you really have to do some research on the universities, colleges, or institutions you are interested in to see exactly what tests and scores that they prefer.

University or college entrance is not the only occasion on which people take the TOEFL iBT. Sometimes, it is an entry or exit exam for English learning programs; other times, a good score is a qualification for an academic scholarship or a professional certification; it is also advisable to take the TOEFL if you are not yet sure what you going to do, but think you are going to work or study in an English-speaking country – you can use the test to assess whether you can reach your goal or whether more practice is needed. The TOEFL iBT is also used to qualify for a visa.

The TOEFL iBT is given at test centers all over the world, at about 50 test dates each year. The fee for the test varies with location, but generally, the fee falls between $160 and $260. While most can manage this fee, it is high enough that most people feel some pressure to get the best score the first time.

The Reading section has samples from university-level textbooks with introductory material. (Realize that you are not being tested on the subject, only your ability to read and understand the text).

The Speaking section includes two task categories – there is independent speaking about your own ideas, prompted by a topic; and there is integrated speaking where you listen or read some provided content and then speak.

The Writing section similarly includes an independent task of writing about a provided topic and an integrated task where you read a passage and hear a lecture before writing a response. 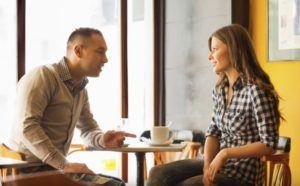 Each section is worth 30 points, with 120 total points for the whole exam. Score reports give the test-taker feedback, including a prediction of what real-world tasks the test-taker can handle based on their demonstrated fluency.

As a general rule, you cannot do much with a score under 80. This is understandable, since 80/120 is equivalent to earning 67% as a classroom grade – not very good. Accordingly, selective colleges and universities will often want a TOEFL score of at least 100.

Students who have otherwise demonstrated high fluency are often exempt from the TOEFL requirement. This includes those who have completed an English-speaking secondary school program, those who have taken high-level English for an IB program, and those who score well on the verbal section of the SAT.

As you go through your application process for an English-speaking school or organization, you will probably hear about the IELTS. IELTS stands for International English Language Testing System; this is another very common, well-respected standardized English language test for non-native speakers. The IELTS is actually a little more commonly used around the globe than the TOEFL, with about 3 million test-takers as of 2017.

The IELTS started in 1976 as a graduate entrance exam, but then progressed and expanded into an exam used by secondary schools, universities, companies, and countries. It is co-managed by three institutions: the British Council, which specializes in collaborative educational opportunities; IDP, an international organization that helps foreigners place themselves in Australia, New Zealand, the USA, the UK, Ireland, and Canada; and the Cambridge Assessment English, a non-teaching department of Cambridge University.

The IELTS is a somewhat shorter exam than the TOEFL – taking about 2 hours and 45 minutes. Also, it is normally administered in paper-based form, unlike the TOEFL. The IELTS uses face-to-face examination on its speaking section, which some test-takers might prefer; however, this is generally believed to be less fair than the internet-based alternative.

The IELTS has the same basic sections as the TOEFL—listening, reading, writing, and speaking. However – aside from the difference in the speaking section (as compared to the TOEFL iBT) mentioned above – the IELTS has two versions of the reading and writing sections. There are general training versions of these sections for non-academic purposes and academic versions for those seeking school enrollment. This might explain the popularity of the IELTS; many people want to demonstrate fluency but not so much for classroom purposes.

Because the IELTS can serve both academic and general/practical purposes, it is commonly accepted at the same institutions that accept the TOEFL. As with the TOEFL, do some research on each institution you are interested in to see what their minimum requirements are. Generally, institutions want an IELTS score that is no more than 2 years old, as with the TOEFL and for the same reasons – they cannot be sure that a fluency score from over 2 years ago has any relevance today.

The IELTS is scored differently from the TOEFL. Each IELTS section is scored and then the section scores are averaged to get a final score, expressed on a 9-band scale. The minimum that is usually acceptable is 6.5. More selective institutions will want to see a score of 7.

Both the TOEFL and the IELTS can be used both as ways to practice English and to demonstrate fluency.

The Value of Practice Tests for Standardized Exams

No matter what standardized exam you are taking – the TOEFL, the IELTS, or something else – you really need to take practice tests. Even if you are a good test-taker and generally do not get much out of practice tests, you should take at least one as a finale to your test prep.

A practice test that is identical in form and style to the real test keeps you from being confused or thrown off by anything you see on test day – it is like a dress rehearsal. It makes you less likely to accidentally skip questions. It gives you a better sense of how to pace yourself in each section. Also, you get insight into your weaknesses, so that you have a chance to remedy them, before you go into the real thing.

For some people, practice tests really are their main form of test prep; they prefer to practice taking the test over and over. If you take this approach, it gives you a chance to improve in some areas and to see areas where you cannot seem to budge. Obviously, in the areas where you cannot seem to make progress, it is ideal to seek out extra help or to at least consider what might be holding you back. Assess whether you can do anything about this. If you cannot, then work on doing better in the areas where you show great potential; you might be able to compensate for your unyielding weaknesses.

The Value of Practice Material for the TOEFL in Particular

Aside from test prep itself, TOEFL practice material (including practice tests) is a great way to practice English. In this way, it is an efficient way to achieve two goals at once.

An added bonus is that much TOEFL practice material is totally free. If you have a computer and internet access, you can get YouTube videos giving advice and listening practice; you can get free practice questions and advice from ETS’s website, and other sites too.

Realize though, that you cannot get an official practice test for free. There are websites that offer helpful TOEFL-like test. However ultimately, to get something that looks just like the TOEFL you will take, except that the exact questions are different, you need to buy practice tests from ETS. Fortunately, these are fairly manageable in price – usually, they come in bundles that amount to about $9 per test. If you do not think you need the whole bundle, consider cost- and test-sharing with someone else.

Take your first practice test soon enough to assess weaknesses and see if you can remedy them before the test – maybe about a year before your anticipated test date. You might want to take one in the middle of your test prep period to see how you are doing. Always take a finale practice test about a week before the real thing, but be sure not to take your last practice test so soon before the real thing that it exhausts you or gives you negative thoughts. No matter what, you want to go into the actual test feeling fresh and positive.

The TOEFL Is Convenient, Fair, and Accurate

While most Western institutions accept both the TOEFL and the IELTS, the TOEFL iBT is the one to focus on if you have academic aspirations – especially if you want to get your schooling in the USA. The TOEFL iBT is convenient, reliable, and fair. Even if your score is satisfactory and you get into the institution of your choice, you might fear that you really are not fluent enough. Do not worry. Most people quickly become more fluent as they work in an English-speaking environment.