What Is the Best Way to Read the Bible? 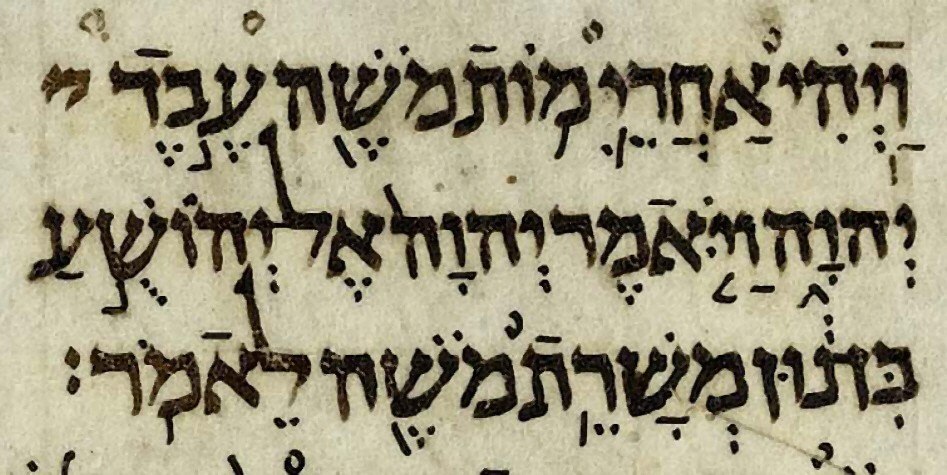 Many will hear the question “what is the best way to read the Bible,” with confusion. Why does it require anything other than flipping pages and taking in words? Those that believe know the truth, though: within the pages of the Bible lie mysteries so great and commandments for every nuance of life. What most will acknowledge though, is the Bible as it exists today, is a translation made by men through centuries of original texts.

This truth implies that a simple reading is not enough, and delving in on your own may not suffice. Turning to an exploration at a much deeper level not just of the translated texts but the history of these important words, can bring forward an understanding and depth of knowledge previously not fully understood by the reader. Let’s dive in and try to find out the answer to the question of what is the best way to read the Bible, by first dissecting the pieces of the Bible and then seeing how to best study it.

TaNaKh is the acronym for: (1) Torah or the five books of Moses; (2) Nevi’im, translated Prophets, and (3) Ketuvim or Writings. This collection of biblical texts can also be referred to as the Old Testament, whereas other biblical scholars speak about the Hebrew Bible instead. What is known with relative certainty is that the stories in this collection were written down originally in Biblical Hebrew, with a few exceptions in Biblical Aramaic.

For Rabbinic Judaism, this is known as the Masoretic Text consisting of 24 books and is widely studied alongside of sources from the Septuagint, Peshitta, and Pentateuch and Dead Sea Scrolls as the discerning texts from which it is believed this evolved. In most religious affiliations, this group of books is the history of stories prior to Christ’s arrival, though Christianity and Jews diverge a bit on the merit of said stories and interpretive meaning, but that is for a later topic. 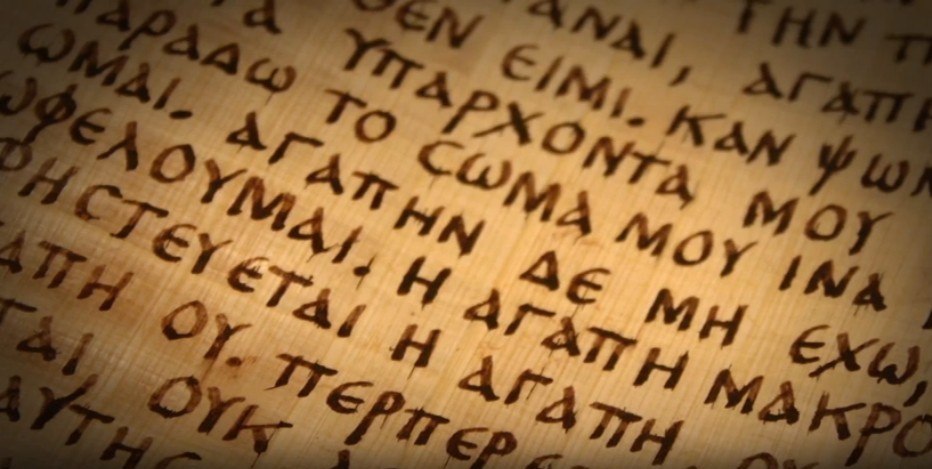 The collection of texts focused on Jesus and early Christian events and was penned by different authors in the Koine Greek language. Today the books of Matthew, Mark, Luke, and John, the Acts of the Apostles, the Epistles of Paul, Seven Catholic Epistles, and the Book of Revelation make up the 27 books referred to as New Testament. Biblical scholars vary greatly on when the New Testament texts were penned. Unlike the Old Testament, this group of writings has been widely accepted by Christians in total since early antiquity.

This collection of books has the fulfilled promise for Christians of Christ dying on the cross for their individual salvation, and thus are many of the books referred to as Gospels or Glad Tidings. This collection is central to the Christian belief system down to our day. Christians who acknowledge the New Testament believe that the Old Testament held God’s promises, and the New Testament is that prophesy coming to fruition.

Belief Systems and the Hebrew Bible

Like any book reading, interpretations of the written word can differ greatly, and this is true of Christian and Jews reading biblical texts. Christians’ belief starts with Adam and Eve’s rebellion and follows a progression of God’s promises to His people and the redemption of all His promises in Christ’s death and resurrection.

Thus, we deal here with a strong paradise lost to paradise regained theology encompassing both the Hebrew Bible and the New Testament. Jews do not believe that the Hebrew Bible is a collection of stories of people of God providing morsels of information.

These tidbits held within the pages of the Hebrew Bible help provide a roadmap of what being a good Jew looks like, and how to live the best life possible with no heavenly rewarded salvation in their ideology. The Hebrew Bible is not viewed as a progression towards salvation as Christians view the New Testament, but rather these stories come after the Torah as commentary to that biblical text.

It shows how a single book can be translated and interpreted so differently as to lead nations of modern people down differing belief strewn paths. This begs again the question, what is the best way to read the Bible in order to gain the most educated response to these texts.

The Israel Institute of Biblical Studies is one institution whose entire mission is the interpretation, consumption, and questioning of the biblical texts of the Hebrew Bible alongside other relevant texts to inform the biblical scholar. The age-old debate and translation of biblical texts, alongside finding modern relevance and revealing the influences of Western Culture, is a foundation of the Israel Institute of Biblical Studies syllabuses.

By truly immersing learners into the Bible in its native languages, stripped of translation nuances, teachers in the Holy Land lead students through interpreting these sacred texts for themselves. Offering rigorous and challenging courses in language and biblical studies, and allowing these courses through technology to go directly to students anywhere, it is allowing studious endeavors into the Scriptures by students wishing to be more informed concerning the origins of these biblical texts.

This class allows the student to navigate through the stories of Adam and Eve, Noah, Abraham, and Isaac, along with others to fully see how their stories can reveal biblical truths for students’ lives. How these biblical figures’ faith, tests, trials, and biographies can help the student gain a glimpse into God’s truths and requirements for the faithful based on the students’ dissection of these lessons themselves.

Again by dissecting at the original level these stories, students gain insights into how both faithful and unfaithful led lives worthy of inclusion in the Hebrew Bible. What truths are to be found there that God wanted us to learn? What actual relevance do we find in these stories not in some larger promise, but rather in simple lessons in finding what truth the story has to offer.

These stories have been provided for a reason, and going back to the origins of the stories helps build a structure for the lives God intended each to posses.

This fascinating class in the original language dives into ancient Israel and the prophets of that day. This course focuses exclusively on the Nevi’im portion of the Hebrew Bible and what role the prophets had in Israel. Samson, David, and Solomon are among a great cast of historical figures that will be discussed, and their importance, lessons, and stories mostly from the First Temple period will be examined in depth through a detailed syllabus broken down for immersion into this critical part of the Hebrew Bible.

Learning to see new details, exploring in originating languages translation changes that have been made, and what, if any, impact this has had on today’s understandings of these texts will take center stage. This class helps the student learn to read the Bible with fresh eyes, and maybe understand better what the best way to read the Bible is with these learnings behind them.

The Jewish Background of the New Testament Class

This class allows for another expansive syllabus considering a lot of traditional interpretations from the New Testament, and carefully revisiting them through a different lens. Also, discussed is how other texts and translations may have influenced these truths.

This class is all about not learning these, but simply taking the original texts apart and with a new perspective taking a second look. Even delving into how and why the Jesus Movement or Jesus sect, as it was coined, survived for so long after the destruction of the Temple, and the long-term effects of this.

To fully be able to work on original texts, the student must have a grasp to some degree of the languages these texts were originally written in, and thus the Biblical Hebrew, Greek, and Aramaic Language courses allow for this study.

The Biblical Hebrew will start with the basics of the alphabet, biblical syntax, and even a discussion of translation choices made.

Biblical Greek similarly looks to help the student learn Greek letters, ancient Greek syntax, and centers on the changes that may have resulted in translations of the New Testament we have today.

Finally, through the Biblical Aramaic course, the original texts of the Bible open up to the student upon learning this all-important language. This course will deepen your biblical prophesy understanding as a student of this class.

Instructors at the Israel Institute of Biblical Studies are the most experienced in their fields and boast many years of biblical study such as Dr. Shira Golani. Dr. Golani is an Israeli-American raised in Jerusalem and makes her focus on the First Temple period and has conducted research projects regarding writing and memory in ancient Israel and how this impacted translations.

Professor Naphtali Meshel became the Academic Manager after returning to Jerusalem with his family in 2016. His primary area of expertise is around the science of ritual, and how these rituals like languages are ruled by grammars and the systems of purity and impurity. Which again is challenging everything known on the simple readings of sacrifices.

All the professors are based in Jerusalem and have inquisitive and contemplative study focus to help students not simply learn what they are teaching but question it with educated eyes.

If you visit the Israel Institute of Biblical Studies review page, you immediately can see the level of enthusiasm for what they are taught. Kathryn Carr wrote that the courses helped her to extend her understanding of the Bible. Dee Newman considers that The Biblical Hebrew course is one of the top language courses. Katrina Pacey liked the multinational environment very much around the teachers speaking Hebrew. Ofori Charles wrote that the Hebrew language equips students with an unexpected understanding of the Old Testament, which is an overwhelming experience.

Obviously, these readers of the Bible and students of the Israel Institute of Biblical Studies learning in Hebrew and other languages these texts are joyful with the knowledge. As Ofori stated, it will be overwhelming, and you will experience emotions that probably few feel when reading the texts casually because the level of immersion and understanding opens your mind to so many possibilities.

If you wish to learn how to best read the Bible, whether in the original languages or in in-depth study with like-minded persons, Israel Institute of Biblical Studies or other such organizations are great resources to help broaden the vast horizons of history and morality lessons for our modern world that can be found within the pages of the Hebrew Bible or even the New Testament if you truly explore beyond the words.