Are Moderate Political Views Better Than Extremist Ones? 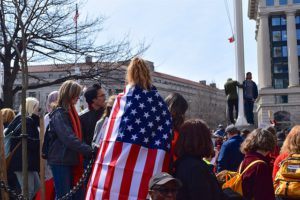 First of all: what are political views? They are ideas, conceptions regarding the way in which your community must be organized and led, what type of relationships between people should be sustained and promoted, what kind of values should be nourished. The terms ‘politics’, ‘political,’ ‘politician’ come from the ancient Greek, where ‘polis’ meant city. Knowing that in those times cities were independent and that they functioned like today’s states, we can say that a political view is an opinion concerning the way in which people should act, both with respect to their fellow countrymen and to foreign communities. In this context, ‘moderate’ relates to a view that leads to a balanced action, whereas ‘extremist’ means a call to a radical – usually emotion-driven – action. The answer to the question ‘are moderate political views better than extremist ones?’ is thus related to the way in which we generally interpret human life and action.

There is a saying attributed to Buddha, that goes as follows: it is awesome to contemplate the world, but painful to live in it. Contemplating the history of the world makes us believe that there is order, intention, progress and teleology in this history, something like the anthropic principle, which says that the past of the whole universe is a series of almost impossible events, that, if seen as a unity, led to the appearance of man.

Existing in the present, it seems that we are inclined to believe that the past led necessarily to us. This bias is maybe based on our individual experience, in which everything that we have lived, experienced and thought is like a brick in the building represented by our present body, way of thinking, behaving and feeling. When we contemplate our past, it seems that everything stays together, that everything happened as if it had to happen in that way. We are here, because of all that happened before.

Contemplating the past awakens in us the feeling that there is continuity in our lives and that we, the persons who we are today, are the living proof of this continuity. If there had been any break, then we would no longer be alive. We are a sort of recipient of this continuity. In this light, all the things that happened in the past seem good, because they were steps toward our present being.

If we generalize this idea to the whole of human history, we get the Hegelian conception of history, according to which reality is rational and everything that took place in the past, good or bad, positive or negative belongs to a higher ideal order that we can understand only later, when the whole picture becomes visible.

Heraclitus said in Antiquity that war is the father of all and king of all. We could understand his words as having the meaning that, despite all suffering and death produced by war, it rejuvenates life, forcing people and states to make decisions that completely change life and history. Peaceful times end in decline and monotony. They smooth over passions and enthusiasm. In his view, wars lead to new social and international relations. Hence, they are a means of progress.

Supporters of wars always tended to be extremists because, to initiate a war, people had to be inspired with strong feelings making them able to ignore fear or the need for comfort. War presupposes at least two confronting parties with divergent interests. History shows that a multitude of different human communities, of states, cannot live for a long time peacefully together as equal partners. In time, the development of one is accompanied by the subduing of others. The reality of war is terrifying. However, in this view, its consequences in the long-term are positive. This is the rationale behind the Heraclitian idea.

In a global society like ours, war is no longer a familiar presence. If it occurs, it happens only at the borders of our civilized world. And because today war is more technology than direct battle, neither can the age-old military virtues be shared any longer by soldiers. Bombs and ultra-sophisticated weapons allow no resistance. They are mass-destroying.

In the present Western world, war has moved into art, especially into movies that are full of violence: the more violent a film, the more numerous its spectators. Or it has a sort of abstract existence, as in economic wars. 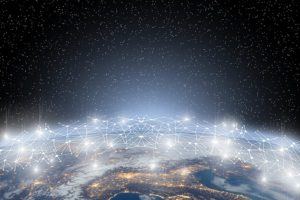 The last three-quarters of the previous century has shown that the idea that war lies at the base of progress is false. Western society evolved as it had never developed before, being able to rule the whole globe and eliminating almost all other types of culture and society.

Due to the extensive social well-being that people experience in this society, its social, economic and political model tends to be adopted everywhere in the world. Western economies are so intertwined that the collapse of one entails the collapse of all. Economically, we can almost no longer speak about independent states. This is why Western society can be so powerful today.

Brexit – the Fruit of an Illusion

In a tremendous social experiment, the British will come to see if the idea of an autonomous state within the actual form of European civilization is still feasible. However conservative the British are, it seems that they will have to admit that they, as well as any other economically developed country, cannot any longer survive without foreigners. And what is more, they will have to acknowledge that today political decisions are taken based on much broader interests than local ones.

There are many planes on which foreigners penetrate into the economy of a country. The most visible are the immigrants who do the less pleasant work. However, they are only the peak of the iceberg. The real determining alien elements in today’s economy are the multinational companies, which all states strive to bring into their economy. For this reason, they must adjust their laws and create numerous facilities that make a local establishment of those companies be seen as advantageous for foreign capital.

But multinational companies are not like isolated bubbles: they are tightly bound together with the whole economy of a country. They not only hire a less expensive workforce or profit because of the geographical and economic position of a state; they also need to connect very well with other parts of that economy. For example, no multinational company specialized in producing automobiles or parts of them would build factories in a region where infrastructure is underdeveloped and where, therefore, the expenses related to the import of raw material and export of finished products are exceptionally high.

The import and export processes involve additional economic segments, like transport or fuel-supplying companies. All these companies need equipment and specialized employees to function well, as well as unspecialized employees that do the less agreeable work. Also, in a world of free movement, local specialists tend to move towards foreign regions paying better. In this way, the local economy gets depleted of its autochthonous specialists and must resort to foreign ones.

Thus the present economic conditions force states to become more and more integrated. The current global society tends to become a global empire, and, as Napoleon once said, empire means (and requires) freedom, whereas independent states are easily prone to wars. In a global society, what happens in New York is no longer irrelevant to Tokyo or Moscow. Yes, it could be more or less irrelevant to Bujumbura or Maputo, which are far less integrated into the global network.

Such a global network does not tolerate any gaps or breaks. It needs uniformity and predictability to function. It will promote values that sustain a peaceful atmosphere and an education that creates individuals who dislike militaristic behavior. A well-integrated empire, such as the economic empire of our days, is a space of toleration, where conflicts tend to be avoided or diminished as much as possible.

In this context, it is evident that moderate political views will be furthered, whereas extremist ones – which invite and lead to conflicts – are banned. This is what has happened for example in Germany, where the Nazi ideology and party are illegal.

Extremist movements call for seclusion. They pretend to be liberating and to act according to the deep desires of the nation, but they ignore the existing economic, social and political interconnection completely. In this way, such movements always lead to disasters both for the country in question and for the adjacent ones.

Moderate political views instead promote integration. Their central values are related to social balance which is beneficial for economic development. However, together with this process, they encourage cultural and educational development, because such a complex structured society cannot function without adequately educated people.

The Moderates Have a Better Chance Today

So to answer to the initial question of whether  moderate political views are better than extremist ones, we may say, yes, they are. Radical views always sell illusions, since they require isolation and the human being cannot ultimately live in isolation. The communist bloc collapsed precisely because it could not cope with the process of globalization. It endeavored to develop an economy that ignored foreign conditions.

Initially, the Bolsheviks believed that communism could rule the whole globe. Therefore they promoted the idea of international and permanent revolution through which people from all countries would topple capitalism. They also aspired to the idea of empire. However, they could not oppose the much more powerful capitalist economies of the globe, and they ended in seclusion and finally in collapse.