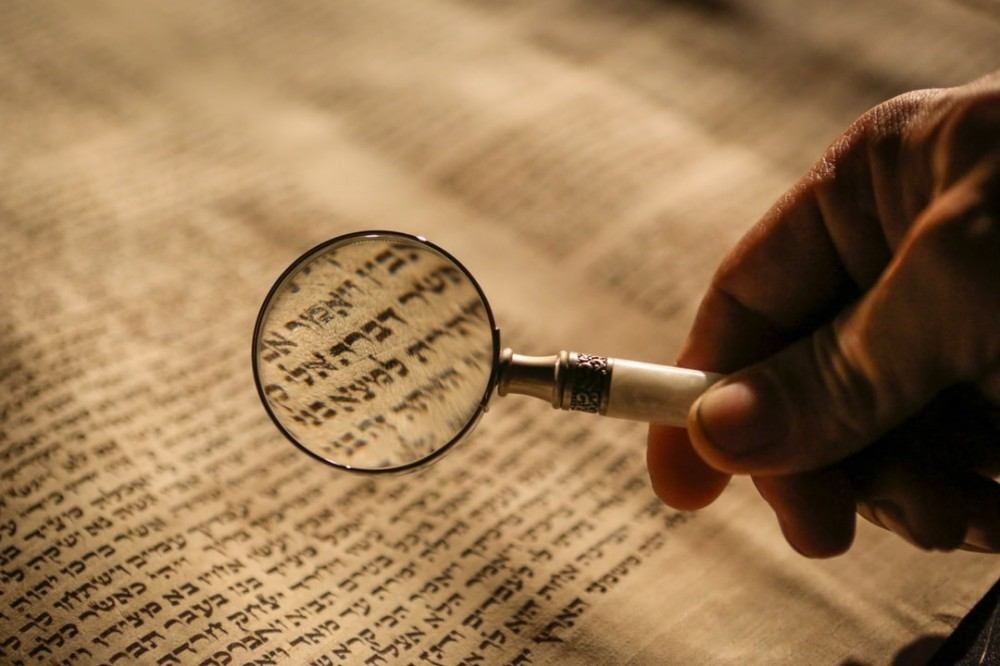 Hebrew is one of the official languages of the State of Isreal; it is also cited as Israeli Hebrew, (modern Hebrew), and considered the “mother tongue” of the Jewish people. Hebrew is one of the oldest languages in the world and the only language that was once considered a dead language, to become revived. The Hebrew language history is just as complex as its people.

The Hebrew language belongs to the Northwestern Semitic Canaanite languages and is closely related to Phoenician and Moabite. There are 22 consonants in the written alphabet, Hebrew is written right to the left, and if using a vowel, a vowel sign is written either above or below the consonant.

Many words also have their roots in the Hebrew language, such as cider, cherub, dybbuk, get, jubilee and kibosh; of course, many religious words and names have their roots in Hebrew, such as leviathan, rabbi, ammonite, Jesuit. The majority of the Old Testament is written in Hebrew. Hebrew can also be considered the language of the Bible.

Most scholars mention that there are four phases of Hebrew: Biblical (Classical) Hebrew, Mishnaic Hebrew, Medieval Hebrew, and Modern Hebrew. It is also some scholars add a fifth phase of Hebrew, known as Pre-Biblical Hebrew.

Scholars who study and refer to Pre-Biblical Hebrew, usually are referring to documents before and including 12th century BCE documents. When working with Pre-Biblical Hebrew, it is essential to note that papers and writings are minimal, and much of this information comes from the Hebrew language spoken in Palestine.

There is no actual compilation of passages written in Pre-Biblical Hebrew; the readings come from toponyms and single-word passages. Most of these passages had been transformed into syllabaries (symbols that represent a syllable and then used to form a written language). However, many of the syllabaries are not entirely accurate; since most of them were translated into Egyptian and Akkadian. 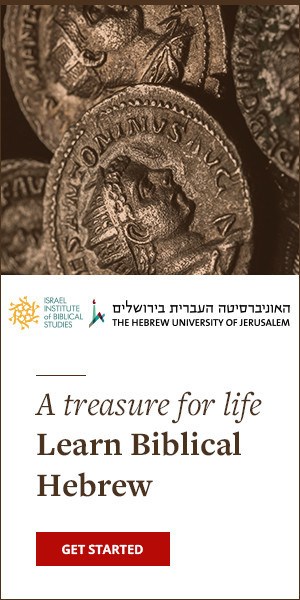 Biblical (Classical) Hebrew is the oldest recognized form of Hebrew. Biblical Hebrew is the Hebrew found in the majority of the writings found in the Old Testament, besides the small portions written in Aramaic. However, it is not called Hebrew in the Bible but referred to as either “language of Canaan” or Judean. In the New Testament, the language is referred to as Hebrew and Aramaic.

[You can read in this article a review of how you can learn Biblical Hebrew online with some of the best experts in teaching this language.]

Outside of the Bible, documents written in Biblical Hebrew is limited to the Gezer Calendar, Ostraca Samaria, Siloam Inscription, Lachish and Tel Arad Letters, and Arad Ostraca. The Gezer Calendar was found in Gezer in 1908 by RAS Macalister. The Gezer Calendar is a 7 line inscription on a limestone tablet, which shows agricultural’s annual cycle, and is dated to the middle 10th century BCE, during King Solomon’s reign.

The name Abijah appears on the side of the tablet, which scholars believe to be the name of the tablets owner/writer. The tablet begins in the month of Tishri and shows each agricultural season and what work is done during that time.

Two leading theories explain why the Gezer Calendar was created: one is that it was a homework exercise for a student named Abijah; while the other is, it was used as a method to collect tax from farmers and used as a guide to what the farmers should be doing each month.

One of the essential takeaways from the Gezer Calendar is it shows there was a writing system in ancient Isreal. Also, the people of ancient Israel  were very literate; unlike what the Documentary Hypothesis believes. The Documentary Hypothesis believes that a writing system did not occur until the 8th century. It currently resides in the Istanbul Archeological Museum.

The Samaria Ostraca were found in 1910 by George A. Reisner, in Samaria, (which would have been the capital of the northern Kingdom of Isreal). The ostraca’s are believed to be from roughly the 8th century BCE, most likely under King Ahab.

Reisner’s team found 102 ostraca, which are broken pieces of a ceramic container. Out of the 102 pieces that were found, only 63 had legible inscriptions on them. Scholars believe the ostraca were receipts for palace receipts. Wine, barely, and oil were all considered traditional forms of payment on taxes; also, fees were collected on clans and not on an individual basis. The Samaria Ostraca also reside in the Istanbul Archeological Museum.

The Siloam Inscription was found in 1880 by a young village boy named Jacob Spaffort. It tells the story of how King Hezekiah thought that the city of Jerusalem was going to fall under attack and King Hezekiah wanted to make sure that no one who attacked the city could withhold water from Jerusalem. The inscription tells how two teams started at opposite ends (one at Gihon Spring and the other in the city) and met in the middle. After being found in 1880, the inscription was chiseled out of the tunnel and sent to Istanbul Archeological Museum, where it is still.

The Lachish and Tel Arad Letters, along with the Arad Ostraca are believed to be written during the sixth century BCE. These letters are military correspondences that tell of final years of the Kingdom of Judah. The letters give insight into how daily life military personal lived and what was going on in the Kingdom of Judah. While, the Arad Ostraca, is pieces of ceramic containers that tell military requisitions. The Arad Ostracas are believed to be dated during the last years of Judah, right before the first Babylonian invasion of 587 BCE.

It is also important to note that sometimes, it is difficult for translations due to the lack of vowel letters. Another notable fact, during the First Temple period (1006-587 BCE), there were differences between the spoken and written forms of Hebrew. Scholars believe Biblical Hebrew was used as a literary language and was used with the spoken dialect until the fall of Jerusalem.

After the fall of Jerusalem, Biblical Hebrew fell out of use in literary and spoken dialect; eventually, Mishnaic Hebrew replaced it. Unlike Biblical Hebrew, Mishnaic was also the spoken language of the region. The use of Mishnaic as the spoken language can be attested to, in the Bar-Kokba letters, from the Second Jewish War (132-135 CE). Then after the Jewish people lost the Second Jewish War, Mishnaic Hebrew became only a literacy language, since most of the speakers had been killed.

Mishnaic Hebrew generally is broken down into two sections, MH₁ is considered the older linguistic version; while MH₂ is considered the literary version. However, there is a theory called the Influential Theory that claimed that Mishnaic Hebrew was never a spoken language but only a literacy language. Influential Theory was disproved in the 1960s, with the publication of the Bar-Kokba.

When it comes to the Mishnaic or Rabbinic Hebrew, it is essential to understand some of the Hebrew Bible. The Hebrew Bible or Torah consists of two parts, a written section, and an oral article. The written portion of the Torah, includes the five books of Moses and their prophetic writtings, (to non-Jewish people, this section of the Bible is known as The Old Testament). The oral Torah is the explanations of the written part of the Torah.

Originally, the verbal section was not written down; however, due to the persecution and exile of the Jewish people, Rabbi Yehudah HaNasi wrote them in a book called Mishnah, so the traditions were not lost. The Mishnah is a correspondence that goes with the Torah, that includes stories on Offerings, Marriage, Festivals, Purity, Damages, and the Laws of Agriculture.

Eventually, two Babylonian Rabbis, RavAshi and Ravina created the Gemara, which corresponds with the Mishnah, due to the Jewish people being persecuted and exiled again. The two books, Mishnah and Gemara, along with the Midrash, (which is an explanation of ethical and legal components, that corresponds with the written Torah), create the book known as Talmud. The Talmud, Midrash, Gemara, and Mishnah are all composed in Mishnaic or Rabbinic Hebrew.

Medieval Hebrew took place during the 4th through 19th centuries CE. It was no longer a spoken everyday language but a written word. Rabbis, poets, and scholars more commonly used Medieval Hebrew. The grammar, sentence structures, lexical items, and syntax were different from the older forms of Hebrew. Many of the lexical items were based either on the older types Hebrew or were adopted from Latin, Greek, or Aramaic.

During the time of Medieval Hebrew, grammarians began to explain the vocabulary and grammar of the Biblical Hebrew. Judah ben David Hayyuj and Jonah ibn Janah are two of the most recognized grammarians to work on the syntax of Biblical Hebrew. The basis for their grammar studies was based on the grammarians used to study Classical Arabic. Some of the most famous poetry that came from Medieval Hebrew were the works of the Ibn Ezras, Judah Halevi, Solomon ibn Gabirol, Dunash ben Labrat and David Hakohen.

[If you want to know how you can study Modern Hebrew online, read here my article on this topic.]

Ben-Yehuda borrowed items from different Hebrew periods, (such as from the Biblical Hebrew, used the morphemes, and from Mishnaic, he used the spellings), he borrowed the pronunciation from Sephardic, and the idioms and calques came from Yiddish. Israeli Hebrew is still written right to the left, with 25 to 27 constants and 5 to 10 vowels (depending on the writer). There are fewer phonemes in Israeli Hebrew, compared to Biblical Hebrew and sentence structure is subject-verb-object; whereas Biblical Hebrew was verb-subject-object.