Impact of Computers on Education and Society 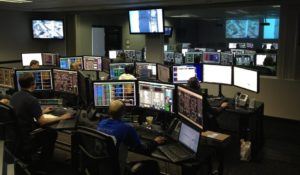 In modern society, we have computers and technology all around us. Computers make our lives easier than ever before, and most people have some form of a computer; whether it is an actual computer or a smartphone. It aids in everything in life, from education to business. There has been a huge impact of computers on education and society. They have made life easier in many aspects, things that people were never able to do before, they are able to do now and a lot of times from the comfort of their own homes.

It’s hard to believe that not that long ago, a computer was considered a luxury and not commonplace. In the late 1800s, the population had grown so large that it took ten years to count the census. Herman Hollerith, who is often thought of as the founding father of modern automatic computation, created the punch card tabulating and sorting machine. This machine was first of its kind to store and process information. Then in 1906, a wire panel was added to the Type 1 Tabulator, which allowed it to be used for multiple jobs. 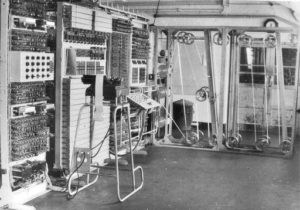 Alan Turing came up with the notion of a universal machine, known as the Turing machine, to compute data. Computer concepts are based on this. In 1941 John Atanasoff and Clifford Berry designed and created a computer that was able to run 29 equations simultaneously; this was also the first time that information could be stored. In 1943, the Colossus computer was built for the military. Then from 1943 to 44, John Mauchly and J. Presper Eckert built the Electronic Numerical Integrator and Calculator (ENIAC), which is known as the “grandfather” of modern computers. It was 30 tons, had 18,000 vacuums, could only perform one specific task, and had no operating system.

There are five generations of computers. The first generation was from roughly 1946 until 1959; they were run by vacuum tube technology. They were very large, non-portable and cost a lot. Due to the large size of the computers, they created a considerable amount of heat and needed to have an AC ran with them. The computers were generally unreliable, only understood machine language and very slow with their input/output. 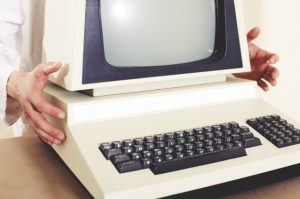 From 1959 to 1965 is considered the second generation of computers. In 1947 William Shockley, John Bardeen, and Walter Brattain created transistors, which took the place of the vacuum tube technology. They also had magnetic cores for memories and a magnetic secondary storage. The computers were slightly smaller, used less electricity and created less heat, then the first generation ones; however, they still required AC. 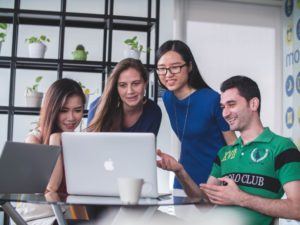 From 1971 to 1980, is the fourth generation, which ran on very large scale integrated (VLSI) circuits and had pipeline processing. They were cheaper and made available for the general public with the creation of personal computers (PC). They had a smaller size, were portable and reliable. They no longer required AC. During this generation, the Ethernet, for connecting multiple computers was created.

Paul Allen and Bill Gates created the BASIC computer language and started up Microsoft; also Steve Jobs and Steve Wozniak debuted the Apple 1, which had a single circuit board. From the 1980s to the present, is considered the fifth generation of computers. The computers run on ultra large scale integration (ULSI), they have AI software, have a natural language processing, and are user-friendly. They are widely available and cheaper than they ever were before. The computers are much more powerful and compact.

The impact of computers on education and society is great. Computers help with everything from homework to keeping kids out of trouble while waiting for class to get over, and everything in between. Students are able to take classes that are not offered at their school or in their local community and offer students a wide access to education. Computers offer children instant access to all types of learning tools, they are able to use library type items, such as digital encyclopedias and having information that is up to date. 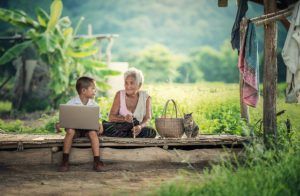 They are also able to participate in virtual classrooms. In these classrooms, they are able to do their assignments/turn them in, comment on discussion boards, watch online videos, and communicate with teachers and other students in the class. Students are able to take virtual reality tours to explore different places around the globe, (for example Antarctica, South American rain forests, the plains of Africa, etc.), outer space, (for example the International Space Station), museums, (The Louvre, Smithsonian National Museum of Natural History, British Museum, etc.), and place that realistically they could not travel to (think of the ‘Magic School Bus’ type learning). The virtual reality tours are cheaper and less time-consuming than actual field trips.

Computers also help teachers and students with communication. They are able to communicate quickly via email and/or instant messenger. Social media, also makes it possible for teachers to create learning sites and classroom sites, which allows the students to receive extra help and get information about the class, (such as classroom activities and educational games). Teachers are also able to use computers for networking with other teachers. This opens up a doorway for teachers to share information and resources with other teachers. They are also able to share different teaching techniques and ideas on how to implement different programs with students who may have learning disabilities or are “difficult to handle” children. 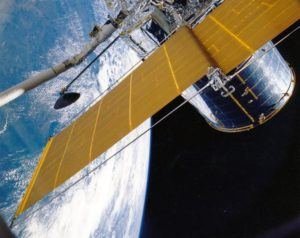 The invention of computers is considered the second industrial revolution. This created an immense impact of computers on education and society. Computers aide in everything, from communication to the business world. People are allowed the luxury of being able to stay home to do multiple things, that before they would have had to leave their homes to do. They are able to bank online, shop online and use their computers to read books.

Then with the invention of smartphones, which are basically computers in a phone, people are able to have more access to the outside world. Between smartphones and computers, people are able to communicate with people who are in other parts of the world, within seconds, whether it be by email, instant messaging or social media.

Computers aide in office work by offering software that assists in the day to day operations of the business. They have programs that allow for effective management, like word processing (for memos, letters, invoices, etc.), numerical calculations (spreadsheets, accounting, etc.), and organization (calendars, file sharing, photos, to-do lists, etc.).

Computers have made a huge impact on the medical field. Doctors and nurses are able to keep medical records at the tip of their fingers. They can use computers to keep up to date on medical conditions and the effects that medications can have. Hospitals are able to keep documents stored together, their inventory (such as linen, surgical equipment, etc.), and the payroll. A few other fields that computers help with are entertainment field, military, research, etc.

Computers: an essential part of our life

Computers have impacted peoples’ lives a lot since they first came out on the market. They have helped everything, from education to businesses to the military, and everything in between. Computers help children have instant access to up to date information and allow them to explore other places that they would not have normally had access to. Teachers are also able to access more programs and resources that will help them educate their students. Computers allow people to communicate instantly, with people who are close and far away. The computers help people in the business industry, along with other fields.