History of Germans in America 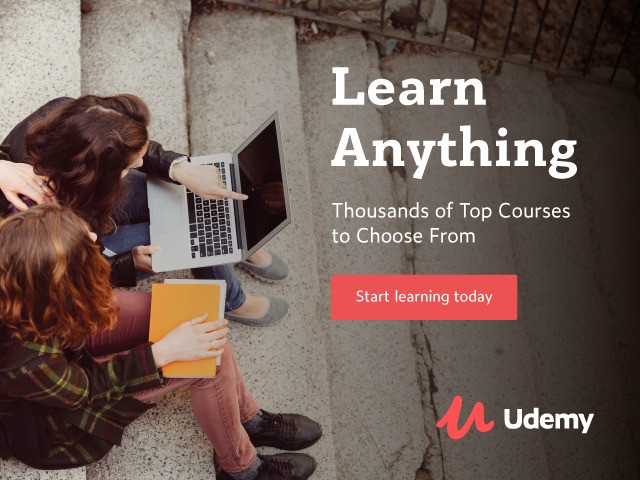 According to a 2015 census, almost one-sixth of the U.S. population can trace their ancestry back to Germany.  But when did the first German immigrants arrive in America? The history of Germans in America can be traced back to 1607 when several Germans joined the group of settlers that founded Jamestown. From the seventeenth century to the late nineteenth century, there was a boom of German immigration to America.

Many Germans emigrated to America for various reasons, including religious oppression, political unrest, and a lack of opportunities back home. Pennsylvania and New York were hotspots for German settlers in the eighteenth century.

By the nineteenth century, German immigrants were heading west to the Midwest area of the United States. Today, German-Americans make up the largest ethnic group in America.  But what is the history of Germans in America and what happened to German-American culture?

Though the history of Germans in America began with the settlement of Jamestown in 1607, it wasn’t until the late seventeenth century that German immigrants started trickling into America more steadily.  The wave of immigration started with the arrival of thirteen families seeking religious freedom. This group of German immigrants founded Germantown, just north of Philadelphia in the province of Pennsylvania.

William Penn, the founder of Pennsylvania, converted many of the German Mennonites into Quakers.  In turn, this spurred another wave of German immigration in the eighteenth century as more German immigrants sought to escape religious oppression.

In fact, the eighteenth century saw a surge of European immigration from all of continental Europe, with Germans making up a vast majority of those arriving in ports. Throughout the eighteenth century, thousands of Germans traveled to America each year.  The height of German immigration was in the 1850s, when hundreds of thousands of Germans arrived in America.

Those traveling to America during the height of the Industrial Revolution, which ran from the late eighteenth century through to the early nineteenth century, were met with plenty of opportunities.  German immigrants were absorbed into the workforce that built America from the ground up, becoming involved in labor projects that began to connect the country and piece it together.

Farmers sold their land and sailed to America to rebuild, where the land was plentiful and cheap. They started the trend of land preservation by rotation of crops. While America was growing, Germany was undergoing waves of political unrest and economic turmoil, further stimulating immigration to America. German immigrants were met with hostility in America.  They were different from Americans politically and religiously, and often took jobs that paid very little, leaving previous workers unemployed.

Certainly, Germans did not assimilate into American culture right away.  Because of the desire and ability of Germans to stick together in groups or even whole cities, many retained their mother tongue and the traditions from their home country.  Hundreds of newspapers were still being produced in the German language around the turn of the twentieth century.

The Germans founded their own schools and advocated for public education. Over time, the Germans, like other ethnic groups in America at the time, began to assimilate to avoid harassment.  German-Americans could only speak German with those they shared a common language with, and so English, the lingua franca, replaced German over the generations.  Over time and especially during the world wars, German-American families would leave behind many of the traditions from their mother country.

In the mid-nineteenth century, a wave of immigration of German intellectuals began.  This group of German immigrants was known as the Forty-Eighters seeking a democratic government.  Notably, the Forty-Eighters flocked to the west and helped to develop to the beer and wine-making industries in particular.

They contributed greatly to the creative, technological, and educational fields during this time, further spurring the growth of the United States as a powerhouse.  Men wanting to avoid conscription into the German army and those seeking religious freedom, known as the Old Lutherans, sailed to America pursuing refuge.

The Germans made strides in the field of education, establishing well-respected public schools, thus bolstering an improvement in educational practices.  Advancements in printing, music, sports, glassmaking, and the creation of labor unions can be attributed to German immigrants at this time.

German immigrants began to mold their place in America’s culture. October 6th, the day on which the thirteen German families arrived in America, was observed as German-American day starting in 1883.  However, celebrations would come to an end during the World War I.

The Effects of the War

During the first World War, the immigration of Germans to America was stunted. Quota laws for Europeans wanting to settle in America made immigration difficult for those seeking refuge from the war and later from Nazi Germany. The German-Americans already in America were often scrutinized and their loyalty doubted throughout World War I. Hostility toward German-Americans reached an all-time high.

It became a matter of survival to cut ties with their mother country and leave behind the language and traditions that they had tried to retain.   German-Americans were often accused of treason and accused of loyalty to Germany. During this time, German-Americans had to tread carefully to avoid threats.

This dark time in the history of Germans in America marks the beginning of the loss of German culture. German newspapers became nearly obsolete and any ties to the German language were cut.  Symbols of German culture, from books to music, were censored and abolished. Most remaining German traditions were eradicated by the time World War II began.

The world wars caused a shift in immigration, whereby many Germans coming to America were qualified individuals seeking the freedom and booming economy that America fostered. However, after arriving in the United States, many German immigrants chose to legally change their names to something that sounded more “American,” fearing opposition and persecution.

Many Jewish German citizens, such as Albert Einstein, emigrated from Germany to America to escape as the Nazi party began to take power after World War I.  After each world war, many highly qualified Germans made their way to America seeking a better future than they could envision in their war-torn home country.  This boom of qualified persons, many of which were creatives and intellectuals, supplemented the technological and medical advancements being made at the time, while also helping to shape modern America.

German immigrants and German-American citizens have contributed to the development of America from the beginning.  The first German-American to set foot on American soil was Dr. Johannes Fleischer, a trained physician and botanist, who, coupled with a few glassmakers and carpenters, helped to establish Jamestown as a settlement upon which the future of America would grow.

William Boeing, American-born and a second-generation German, founded The Boeing Company, the world’s largest aerospace manufacturer. Americans are known for their Denim, but it was a German who founded Levi Strauss & Company, the first company to create blue jeans.

Neil Armstrong, the first man to set foot on the moon, is of German descent, as is the founder of Chrysler. Even Bill Gates has German ancestry in his family tree. German-Americans remain highly successful as an ethnic group.  A recent census concluded that of Americans of German descent, around one-third hold a Bachelor’s Degree or a higher qualification.

Kindergarten, a German word meaning “children’s garden,” is still used as a term to describe the class or school before the first grade.  The tradition of selling sausages, or “hotdogs,” at baseball games began with a German-American bar owner.

Christmas trees are rooted in German traditions. Many foods, such as pretzels and hamburgers, sports, and pastimes at the heart of American culture can be credited to the Germans.  And recently, the popularity of craft beer has given way to a cropping of Biergartens, or beer gardens, throughout the United States.  Many places in America even have Oktoberfest celebrations around the time of October 6th, which has yet again become German-American day.