Jobs and Technology in a Changing World 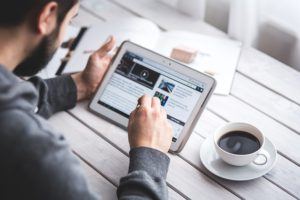 We live in a rapidly evolving world. Our parents and ancestors have not experienced such a thorough change in their lives as we do. Many people can remember that a few decades ago there were no computers, no iPhones, no internet. None of them could have ever imagined the impact of these new realities on human society and the individuals’ life. Computers, iPhones, the internet are products of applied science and technology that are continually in pursuit of material improvements. If in the past discoveries and inventions needed a long time to disseminate into society, today they are distributed with unimaginable speed. We have become accustomed to living at this speed concerning the things we use: we are willing to change them after a few years, sometimes even sooner. However, we only now understand how profoundly jobs and technology are related.

The Faces of Change

The global economic reality is that of a worldwide market: at the corner of your street, you can easily today buy things coming from other parts of the world. International trade not only delivers commodities from foreign places but also disrupts in many ways traditional economic activities. In this context, the fundamental principles of the market still hold: for example, that the price of a product depends on the existing supply. If the volumes of that product are significant, the prices diminish, while if they are small, they increase. This fundamental economic law, a law derived from everyday life, leads to the disappearance of many local products, which are replaced by things brought from elsewhere.

However, this is not the last piece of the puzzle: something more serious happens here, which impacts people’s life. Those who worked until recently to produce the goods that are now imported from elsewhere have lost their jobs because the costs of producing them are higher than those of importing them. In this way, a lot of traditional activities have disappeared, constraining people involved in them to change their professions. Also, because big companies are always in pursuit of a cheaper or more highly specialized workforce, the labor marketplace experiences a radical transformation after these companies have entered into the local markets.

The types of activities are transformed: a previously agricultural economy converts into an industrial one or an industrial economy turns into a service-based economy. Of course, through these changes not only is the economy affected, but also the educational system, because the new jobs require adequate specialization. Thus, for example, in today’s universities, the number of students who study ancient languages has dropped drastically, society needing fewer philologists than engineers or computer specialists.

On the other hand, due to the improvement and development of transportation, people can conveniently work in one region while living in another. This development comprises, among other things, the building of highways and railways as well as the opening of airports. We can imagine how many workers would be involved in such projects. Also, this efficient transportation transforms mentalities, bringing into contact people living in different areas with different customs and helping them adopt new habits and views.

The development of civilization is not only quantitative but nowadays especially qualitative: the interconnections between different levels of society and economy are more intricate than ever – which is not completely bad if we notice that traditional enemies see now their economies as being so intertwined that a war between them would ruin both parties, apart from the damage done by weapons. 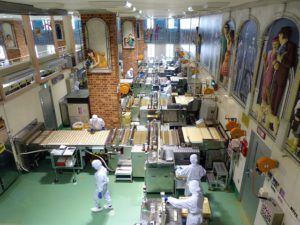 In present-day society, jobs and technology are no longer two distinct areas. There are few job types today which are not associated with technology, requiring thus appropriate skills that allow employees to use the new creations of this technology. Today, for example, if you are not knowledgeable in working at the computer, at least at an elementary level, your chance to get a better-paid job diminishes drastically. The opposite is also true: the higher your specialization and knowledge in technological matters, the better you are paid.

However, the fusing of jobs and technology has an alarming effect: people are increasingly replaced by machines while labor becomes more automated than ever. Already many activities can no longer be accomplished by humans: think of the considerable data that must be processed by a big multinational company or by a large international airport that serves more than one hundred million passengers a year, as, for example, Hartsfield-Jackson Atlanta International Airport does.

Many futurologists envisage a society where robots predominantly will do the work. Although at first sight this could seem promising, it may be not so simple to handle a reality of millions of people enjoying free time. 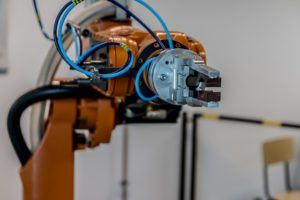 There are many types of jobs that have already become entirely automated, like assembly lines in factories or clerical work. However, automation penetrates into areas that until recently no one would have expected, such as into education. There are already experiments in which robots take the place of human teachers in the classroom.

Unesco adopted in 2015 the 2030 Agenda for Sustainable Development. One of the goals in this agenda is to eliminate differences in education throughout the world, by ensuring free education at primary and secondary levels. However, this task must take into account both the increased number of teachers necessary to realize this challenge and the number of teachers who will retire in the coming years. This fact will lead inevitably to robots entrusted with educational assignments. At the moment when this change happens, the process of education itself will become much more automated.

Specialists consider today that it will take at least ten years until robots enter on a large scale into the educational system. However, even then it is possible that robots will not be able to interact with children adequately, given that one of the primary tasks of teachers is precisely interacting with children.

The educational process is not only a transfer of information but an emotional process on both sides too. It is questionable how much the machines would be able to interact emotionally with children and not to affect them negatively, through a lack of emotion.

In a way, existing online schooling already replaces direct human interaction, and soon a computer program will supersede the teacher appearing on the monitor. The latter is already happening with many advanced teach-yourself programs.

However, while becoming more sophisticated, robots could benefit the educational process, because they could offer human teachers a lot of information about students, from the interpretation of their gestures – as denoting interest or disinterest in the taught lesson – to the analysis of their countenances, expressing their mood, diet or psychological readiness for the lesson.

The fusion between man’s life and technology is unstoppable. Living in a competitive world – where all companies endeavor to offer the highest quality and the most reliable products – resorting to automation is almost a must. Therefore part of the obligations of the employees is to improve their knowledge and skills continually so that the hiring company can assign them more complex tasks. If in the past, the idea of continuous education seemed to be more like a moral demand for individual perfection, today it has become an economic necessity.

Digital development exceeds the pace of training IT specialists; therefore today many countries increase the number of students in computer science, and companies compete in hiring the best of them by offering attractive salaries. One estimates that the need for IT specialists will grow exponentially in the coming years. Already for some years, Western man has ceased to live in an industrial society, living now in a computer-based civilization. If we include here services, that means that more people work in digital-related activities than in the direct production of commodities.

Man preparing himself for an inconceivable future

This new social reality transforms the Western man’s whole way of living as well as his thought. To cover his numerous tasks, he must simplify everything as much as he can, from his clothes to his language. It seems that we prepare ourselves more and more for future cohabitation with artificial intelligence. We not only create increasingly higher-performing computers; at the same time, we adopt the digital way of thinking. One thing is sure: the world of tomorrow will be less ‘human’ in the sense in which we saw human nature deployed in history. Therefore it is entirely impossible for us to predict its features as our ancestors did.