What is the Power of Your Subconscious Mind? 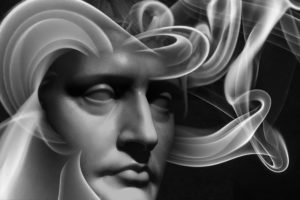 It is difficult to admit that you are not the only master in your home. The innermost space of your identity is your mind. How can it be possible to say that your identity belongs only partially to you and partly is granted to you so that you get the impression of being the sole master? Everything that supports your identity – the flow of your thoughts, your memories, emotions, the functions of your body – happens without your awareness. One might say that, in a way, you are only a tenant of this home that is your identity. The real owner is something more powerful than you, the subconscious mind. You might ask then, what is the power of your subconscious mind?

From prehistoric times, people experienced strange things about themselves. They experienced dreams, sometimes strange feelings that something terrible would happen, which then actually happened. They thought about a person, whom they have not seen for years, and met that person a few hours later. Because one could not explain such experiences, they were called coincidences. However, they were not the usual ones but were endowed with a great emotional impact; they were meaningful coincidences.

Many times, strange associations were noticed. For example, people had seen that particular events happened when a specific astral configuration occurred. Also, that a particular flight of birds anticipated some fortunate or unfortunate incident. Or that a dream in some strange way predicted the happenings of the following day. These were series of things that were not related causally. 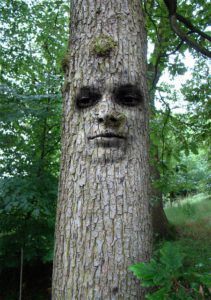 Nevertheless, people continued noticing them. Of course, in the past, people did not think rationally, much less scientifically. That means they could not relate things consistently together. Sometimes this relating was successful, other times not. Sometimes dreams did not come true, the flight of birds portended no outstanding event, or nothing followed the bad feelings. In the beginning, people had thought that such relationships were the result of some divine will. And because they considered this divinity to be a person, they believed that they could change Her will. Whenever the significant combination of events did not occur, the will was considered as being changed and the fateful chain as being broken.

Meanwhile, we ceased to be religious. In the Homeric poems, a great many gods were mentioned who influenced the life of the characters. Odysseus, on his way back home, was hindered continuously by Poseidon, because he had offended him. Later, in the Christian era, God was no longer a hinderer but a supporter, the real opposer being the Devil, who here needed no provocations to produce all kinds of setback on the life-path of every individual. Christianity enormously simplified the religious pantheon. In fact, it acknowledged a single God. The Devil, however powerful, was not strictly speaking a God, but only the Prince of this world. He received some power from God, more to tempt the believers than really to injure them. In the book of Job in the Old Testament, God says to Satan that he can do whatever he wants with Job, except that he cannot take his life. Here Satan is seen as having no power at all, although as being pleased to torment humans.

This is the same idea we meet when Jesus answers Pontius Pilate that Pilate could not have hurt him if God had not given him the power. Although Christianity represents Jesus as the son of God, and even God himself, both Christianity and Judaism are monotheistic religions. That means that here we do not encounter a multitude of divinities, but a single almighty deity. This deity is the Creator of the world and the Pantocrator. However, when believers conceived of the whole world as being dependent on this God, many moral dilemmas occurred.

Christians always represented God as a loving deity. Nevertheless, the world was full of sufferings and adversities, which contradicted the idea of God’s love. This is the reason why Jesus, the founder of Christianity, maintained – of course, continuing the religious ideas of Judaism – that true faith could protect you from all these sufferings and that all illnesses, bad events or inflictions happen because of sins: yours or those of your ancestors. Faith could eliminate the negative results of sins if accompanied by a change of mentality and soul: if you become a better person and continuously have faith in God.

The idea that your faith can associate with positive consequences determined a new way of self-understanding: the world was no longer regarded, as in the past polytheism, as a scene of standing opposing forces, but as a place where human life evolves according to the power of man’s faith.

We may say that this religious idea had a tremendous educational impact on Western society. People learned to harness their urges, to control themselves, to eliminate every thought that denied the faith. It was a two-millennia struggle of man with himself. It was a long-lasting process of internalization of a particular worldview and also of a certain optimism: the world could be perfect, as in the beginning, in the moment of its creation – when there was no suffering and no hostility and when the lamb slept beside the lion – if all people would only have ‘faith as small as a mustard seed’. However, Christians should not let themselves be dominated by the world, by its afflictions, because they had to follow their Teacher, Jesus, who said that he conquered the world, that no mundane difficulty could break his faith in His Father, and that they could be the same.

Europe, and its offsprings, the Americas, internalized this fundamental optimism that the world cannot dominate you if you have enough inner determination. In a way, even capitalism is related to Christian morality, especially protestant ethics – as Max Weber maintained – because success could here be measured according to the power of faith. Capitalism was the economic expression of the inner strength of faith, of never giving up, of continuously striving for more and more. Does not Jesus say: ‘For whoever has, to him more shall be given, and he will have an abundance’ (Matthew, 13:12)?

This internalization of faith in the Western world also created scientific knowledge in the form that we have it today. 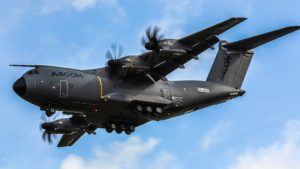 And this knowledge was also conceived of as power, in the same martial way in which Jesus preached the need of conquering the world. Western man developed thus a relationship with the world that is fundamentally based on power. He subconsciously interprets it as something that must be controlled and dominated.

Answering thus the question ‘what is the power of your subconscious mind?’ we may say that this power is the idea of a structure of the psychological processes that, during millennia, took the shape of the optimistic view that the world is something that can and must be controlled. This optimistic view established also a certain form of self-understanding and self-control that was perpetuated through education.

In time, this inner psychological shape became automatic, so that we today live and think wrapped up in the mindset that emerged from those structures. What is more, Western man did not only transform himself, but for a few centuries managed to transform also the people from other civilizations by exporting his economy and thus his rational way of thinking. The global village in which you and I live today is the concrete answer to the question: what is the power of your subconscious mind?