What Is the Best Way to Learn Biblical Hebrew? 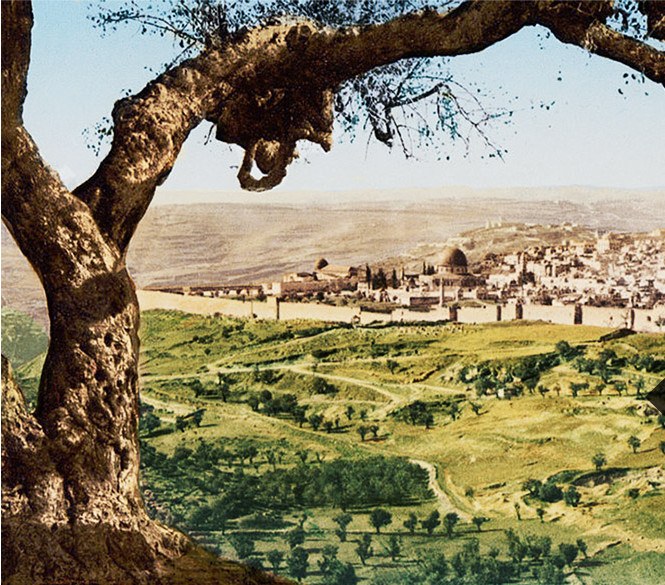 If you yearn to think for yourself while analyzing Bible passages, or if you want to really understand the experiences of historical figures in the Bible and why they expressed themselves as they did, then you should consider learning Biblical Hebrew. Very likely, this ancient language will be a gateway to areas of learning you had not considered – but what is the best way to learn Biblical Hebrew? There are available, affordable, and engaging options.

Explore Wikipedia, Britannica, and specialized online sites such as the Jewish Virtual Library to get started and answer some preliminary questions. A basic understanding of Hebrew word meanings will make the names of Jewish holidays make more sense and will encourage you to further understand both Ancient and Modern Jewish names, places, and ideas.

You will see that Biblical Hebrew is best understood in the context of, and in comparison to, other Semitic languages and cultures. You will see that its alphabet, known as the aleph-bet from its first 2 letters, is a progression from older Semitic alphabets and can be compared to – but is very different from – the Roman alphabet used by English, the romance languages, and some others too.

While all languages evolve with time, a complicating factor in learning Biblical Hebrew is that it spans a very long (about three thousand-year) period. Also, Biblical Hebrew comes in slight variations depending on the topic, style, context, and format of the writing. Also, be aware that it is read from right to left (like Aramaic, Arabic, Persian, etc.), instead of left to right (like English, Greek, Latin, Spanish, etc.)

Go to the Source

If you are like most people, you are probably wondering, what is the best way to learn Biblical Hebrew without actually going to Israel? Of course, the absolute ideal would be an immersive, long-term stint at an elite university in Jerusalem, Israel. However, this is not feasible for most, and if you are a new scholar, you probably are not ready for such a commitment. Fortunately, you can gain exposure to much of this, without leaving home. Aside from getting tidbits from Jewish, Hebrew, or Ancient Studies websites – you can take completely online courses from the Israel Institute of Biblical Studies. 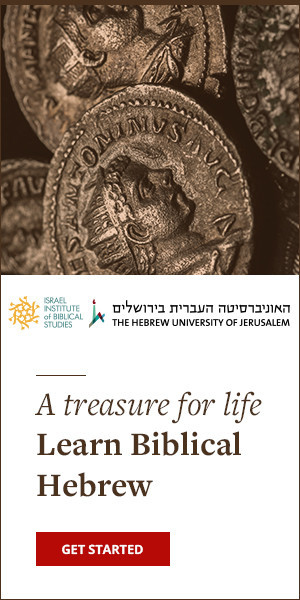 Furthermore, the Israel Institute website has Jewish Studies and Holy Land Studies blogs that give an up-to-date, more in-depth look at Biblical insights and relevant archeological discoveries. There are also courses in Modern Hebrew and Yiddish, which will help you communicate better with Jewish people where you are, or if you do plan to come to Israel for a while.

Consider What You Might Want to Do With This Knowledge

How far you want to go with Biblical Hebrew depends on your goals. If you just want a little insight into what it is, then Jewish, Hebrew, or Bible websites might be sufficient. Biblical Hebrew-Level A gives a strong introduction: Even before the halfway point of this beginner course, you get a taste of linguistic Biblical analysis and get to think for yourself.

In this way, this program offers the perfect side-curriculum for an industrious classics or history major. It would also be a great side-project for a graduate student in theology, Greek, Latin, ancient history, comparative religions, archeology, anthropology, sociology, or linguistics – and can be catered to specific interests, investigations, and goals.

What Is the Best Way to Learn Biblical Hebrew? The Interdisciplinary Approach

Biblical Hebrew is a variant of Ancient Hebrew, and therefore, a very similar language was used in non-Biblical texts written during the same time periods. That said, most students of Biblical Hebrew want to use this knowledge to analyze the Bible, either from a Christian, Jewish, or academic religious perspective.

The Bible contains such a variety of different writings – generally categorized roughly into instructive, prophetic, historical, and poetic writings. (The Torah is the predominant and most original instructive literature of the Hebrew Bible.) Biblical Hebrew studies go much deeper to define and justify the differences between writing types.

The reasons for certain changes and repetitions becomes clearer. Syntax (sentence structure) or semantics (word choice) in the Bible can seem more or less random to the normal reader; moreover, such elements might not even be revealed in translations or analytical notes.

However, these details actually do contribute to the plot and message; often, they allude to things that would have been, at the time, very familiar or meaningful explanations or expressive elements.

As you can imagine, learning (and writing in) Biblical Hebrew is also a great way to get a more global understanding of grammar and word morphology (how words are built). Very likely, you will come away with a broader appreciation of such grammar elements as inflection, voice, and tense. All of this might break you out of autopilot in your own language, and make your writing choices more intentional.

Naturally, the same goes for spoken language: learning to pronounce Biblical Hebrew words requires using different mouth/throat/tongue formations to make new sounds. This will give you a broader appreciation of phonetics. Phonetics can be just as important as spelling, sentence structure, and word choice to understanding a writer’s intentions – especially in poetry.

More advanced or archeology-interested students will be eager to learn about ostraca (ancient potsherds with writing on them) and sites (as the Siloam tunnel) with ancient inscriptions. Here, language can give clues to time and purpose in writing, and potentially, the age or purpose behind an edifice or artifact. Conversely, knowing the age and location of the artifact or structure can give insight into the language and dialect of a time or place.

For a more literal answer to the question of what is the best way to learn Biblical Hebrew: the answer is engaging, relevant practice. You need to be introduced to a stimulating, but not overwhelming, number of new vocabulary words and grammatical concepts within a given lesson/day and homework that gives you a no-pressure opportunity to assess what you know.

You need an instructor with both expertise and teaching skill. Also, most people benefit from a relaxed but motivated, collaborative classroom experience, with some fluidity – perhaps regular informal practice sessions. The Israel Institute’s use of the ETeacher platform helps it provide this normally in-person aspect of education on an online basis.

In the case of a new language – even an ancient one, like Biblical Hebrew – speaking the language to yourself and to others is a key component of learning. Also, strong aural learners and action-oriented learners need to have people to whom to listen and speak as they learn. Furthermore, Biblical Hebrew is similar to Modern Hebrew, and so you could come away with the beginnings of a bonus skill: the ability to speak Modern Hebrew.

Likewise, visual learners and conceptual learners need to have vocabulary and concepts put in writing and/or charts. They should embrace the opportunity to explore and look up things for themselves – in this case, by knowing how to use grammar books and dictionaries/lexicons.

Establish Connections and Get Credentials

For many students, the social connections that come with learning – both with the instructor and like minded peers – are the best part. However, as you pondered the question, what is the best way to learn Biblical Hebrew, you might have thought this sort of experience was out of the question.

It is not, though: the Israel Institute’s instructors bring both impressive expertise and life experience to the classroom, and they will communicate openly with students. Similarly, Israel Institute students come from all over the world but are unified by the motivation to engage seriously with biblical and ancient Jewish studies. Between class discussion, extra sessions, and the online forum, the socially interactive learner has the opportunity to dialog almost constantly.

In this way, taking courses like these could even be a way to make friends. Also, contact with instructors who are teaching from Israel will give insight and confidence before a possible trip to the country. In our highly connected world, an online course can be a path to social, intellectual, and professional networking.

If you are interested in receiving credentials for your work, realize that Israel Institute credits are generally recognized by universities all over the world (though it is always wise to check with an individual institution before assuming this).

If You Learn Biblical Hebrew, You Will Probably Want to Learn More

Learning Biblical Hebrew is likely to make you curious about Biblical Aramaic, since some Old Testament/Hebrew Bible texts, such as the book of Daniel, were recorded in this ancient Semitic language. During certain periods, Aramaic influenced the Hebrew language, and even temporarily replaced it as the primary spoken language of the Jewish people.

If your aim is to understand and interact with the Jewish people of today, learning Modern Hebrew is a great step toward this end: An interdisciplinary, interactive line of courses like that of the Israel Institute will especially help. Also, consider Yiddish – the European dialect of Hebrew that is still sometimes spoken by European and American Jews today.

Learning about Biblical languages could make you more aware of historical, theological, and philosophical questions surrounding the writing and translation of the Bible: You might want to know more about the connection between Judaism and Christianity; delve more specifically into the prophetic books or the Torah – or you might want to know how the layout and key locations of the Promised Land impacted Biblical events.

Biblical Hebrew Is a Transferable Skill

Furthermore, Jewish history intermingles with histories of such countries as Persia/Iran, Saudi Arabia, and Syria. However, because of its impact on the Western world through the Bible, it could be seen as an equally relevant ancient language to Western culture as Greek or Latin.

Furthermore, Biblical Hebrew is a great foundation on which to learn Modern Hebrew: There are differences, but Modern Hebrew is overall the same language. Probably the biggest difference you would notice right off is that, in Modern Hebrew, you start learning basic conversational skills (as you would for other modern, living languages – French, Farsi, German, Japanese, etc.) instead of translating and reading simple passages of ancient (here, Biblical) texts.

There are many ways to approach and utilize Jewish and Biblical language studies: If you find yourself with more questions than answers, ask yourself what excites you and dive in – learning more will help guide your path.