What Is the Meaning of Statistics in Today’s World?

In his book, The Drunkard’s Walk (Vintage Books, New York, 2009) Leonard Mlodinow confronts us with the idea of randomness and its unexpected role in our life. He shows how unintuitive some cases are in which randomness plays a great role. For example, one Hollywood movie producer maintains that if he had rejected all the projects that in reality he accepted, and accepted all the projects that he rejected, the number of successful movies would have been the same (op. cit., p. 12). If someone wants to know what is the meaning of statistics in today’s world, they certainly need to go beyond the counter-intuitive character of these words.

Randomness Is Part of Our Life

What the movie producer claims seems hard to believe and accept. However, it transmits the experience of someone who had produced a lot of movies and who was able to weigh the nature of the relationship between how well-made a film was and its public success. Of course, he doesn’t want to say that a bad movie could have had the same success as a good one. But he means that in two groups of good movies there will always exist losers and winners.

This separation is not predetermined by any superior quality of the winning movies, but by pure chance. The same is true for books: often the manuscript of a successful book has been initially rejected a lot of times until an editor agrees to publish it, allowing thus the book to enter the market and become successful. It is true even about very successful restaurant chains like McDonald’s or KFC.

Unpredictable events continuously mark our lives, and there is not always a direct relation, as in the case of the mechanical causality, leading from a decision to its consequence. Many hidden events can occur. Popular wisdom has associated therefore the course of human life with the movement of clouds in the sky.

However, randomness is not completely orderless if we speak about many cases. Accidents happen indeed, but they are ‘accidents’ only if we consider only a single accident. If we consider a high number of accidents, then, surprisingly, a strange order occurs, that allows us to make predictions about the number of future accidents.

This is the way insurance companies may thrive, namely by calculating the chances of disasters. When entering a certain market, first, they research the statistics of that market, and based on their preliminary analysis they will decide how much to invest.

This distinction between the individual level and the general level is the most puzzling fact concerning randomness. However, we could compare this understanding of randomness with the traditional philosophical view that says that real knowledge emerges only with respect to a class of individuals, not to a single one.

For example, when suffering from an unknown illness, we will hardly be able to distinguish between real symptoms and irrelevant organic processes. Only when many cases of that illness occur can people become aware of symptoms, i.e., of those signs of the disease that occur regularly.

Unexpectedly, with randomness the same thing seems to happen. I say ‘unexpectedly,’ because when we say that something is random, we presuppose that no rule can be established, and therefore nothing can be predicted. Still, the repetition of the same random instance, in many cases, allows such a prediction.

All of us know that when tossing a coin, it cannot be predicted on which side the coin will fall: if it will be tails or heads. But if we have been attentive in our mathematics lessons at school, we may also know that, by repeating the toss a significant number of times, a certain pattern will arise, according to which the number of times that the coin comes up heads and tails are equal. It is true that we cannot predict precisely when the coin will come up tails and when heads, but only that those numbers are approximately equal. 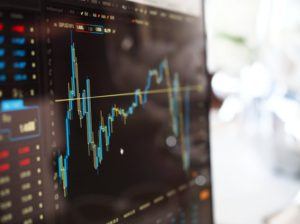 Actually, the concept of the ‘law of large numbers‘ rules Darwinian theory too. When Darwin (among many other researchers in modern times) was able to associate present species with relics of the same species from a distant past, and thus make a comparison between the two cases in time as well as in space, the changes in time became visible for him.

The growth of knowledge involves such an increase in the number of collected facts, and this collecting is the bread-and-butter activity of scientists. Therefore, the advance of knowledge means a penetration into the regularity of nature and the world, allowing us to discover regularities and laws – actually repeating patterns – where nobody would have expected them before, as is the case with randomness.

We may ask if this progress of human knowledge is only an expansion of the activity of the human intellect, that can apply its own schemata and categories to a much higher number of facts – and see thus order where there is only chaos – or whether this order belongs indeed to outer nature.

Statistics and probability represent an important asset of present day knowledge, revealing a new type of order where previously it was supposed there was none. What is more, based on the development of artificial intelligence, more and more of our decisions and behaviors get recorded in huge databases.

At first sight, this seems to be something harmless. In reality, those decisions and behaviors can be synthesized in repetitive patterns, which allow the discovery of new orders where maybe no one would have expected them. For example, when we choose to read some news on the internet, doing this by pure curiosity, our choices are recorded.

However, this is not the only thing that is recorded, but also recorded is how many times we bought certain products and at what time we did so. In consequence, new and complicated networks of relations can be established between people who bought certain products and also regularly read a certain type of news. Or between the behavior of those who surf the internet at certain hours and their interest in certain social or political events.

Our lives already unfold in great measure on the internet, i.e., within a space where everything we do leaves a ‘footprint’ that can easily be tracked and recorded, and certainly used for more or less occult interests. Recently we witnessed such a case when data stored on Facebook was used illegally in political campaigns.

The advent of the computer age allows something that was impossible in the past: the recording of a great many of our behaviors and maybe in the future also of our thoughts (when computers will be connected directly to our brains, which no longer seems like science fiction…). Patterns of behavior will emerge everywhere, and the Brownian motion of the individual behaviors will change into an ordered movement that can be anticipated and controlled in the same way in which we today control particular natural processes.

Statistics and Free Will

On the level of the individual, this seems to be almost unbelievable because it reduces the conscious and free decision and behavior of the individual to forces and processes that predetermine this behavior. If we imagine that in the future, everything that people do will be recorded, then a super-computer could predict with great accuracy that among those who simultaneously sit at home at their desk reading a book, one of them or a certain number of these people will get up precisely at a certain time, will go exactly to a certain place in their house (for example into the kitchen) and will do exactly a certain thing.

All this would seem as if it had been predetermined in advance, and what you really do would be only to realize an ideal pattern, to give it a material existence. Then the old-fashioned metaphor comes again to mind: It is as if someone had dreamed about you doing all this, and you, in reality, only repeat that dream, believing that you are entirely free in everything you do.

One cannot easily accept that what you pondered carefully satisfies a specific statistical equation. But beyond the psychological reason, there is a deeper one: this predetermination remains completely obscure both for the individual and for the researcher, namely for him who researches and establishes the statistical laws that rule the lives of the individuals. Because although the latter is able to detect those laws, he cannot make any connection between them and the individuals.

Statistics, like the whole of modern physics, ignores the inner qualities of its objects, considering them as points devoid of any dimensions. There are no perceivable ties between the individuals so that we could see how they are forced to move in a certain direction: what we see are only results. Therefore, we may say that statistics is today the discipline that gets closest to metaphysics, to that science of the past that claimed to know how the invisible rules the visible.

The German philosopher G. W. F. Hegel noticed already that the passions of individuals are means by which Reason (read God) accomplishes Its goals. Therefore, he spoke about the ‘Cunning of Reason’: by igniting the fierce passions of the individuals and making them believe that they are only following their subjective goals, in fact, the Reason weaves the canvas of the historical world.

What becomes increasingly visible today is that the ‘Cunning of Reason’ doesn’t act only through the passions of individuals, but through everything they do, think and feel. This hidden order that emerges as if from the mist of the bulk of heir actions is actually not ‘hidden’ at all, as neither are hidden the laws of nature that scientists discover every new day.

How will we now understand ourselves, knowing almost scientifically that an invisible spider web moves us to do everything we do. It is as if the metaphysical role of computers is to record, store and process the whole material world in order to lift it up into an ideal one and to unveil to us unsuspected bonds between its components, thus almost forcing us to see what previous ranks of philosophers endeavored to grasp through the most difficult speculation.

There are voices today that claim (following a different path of thinking) that we live in a matrix, and, according to the above arguments, they seem to be right.