Famous People Who Are Bipolar: Struggling with Mental Illness 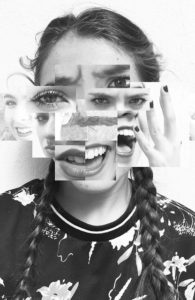 Mental illness is an up and coming topic in today’s society and receiving more positive attention than ever before. Previously, and still, there has been a stigma against mental illness, preventing people from sharing experiences. People were discriminated against and talked poorly about if they disclosed a mental illness diagnosis.

More recently, there have been campaigns aimed towards reducing the stigma, which has given more people the strength to seek out help and talk about their issues. There are famous people who are bipolar, who are now advocating for mental health rights and access to services. By using their voices, they have allowed others to come forward and express their desire to seek help and enable people to know they’re not alone.

What is Bipolar Disorder?

Before we dive into the topic, let’s first take a more in-depth look at what bipolar is and what criteria a person has to meet to be assigned this diagnosis.

Bipolar disorder impacts men and women equally, and typically develops within a person’s teenage years or early 20s although, the onset of this disorder can occur at any age. People whose family has a history of bipolar are more susceptible to developing mental illness.

There are two different types of diagnoses that fall into the category of bipolar: bipolar I and bipolar II. Both are very similar but have a slight variation in symptoms. Bipolar disorder is characterized by shifts in moods: that is a disorder where someone experiences hours or days of depression or manic episode, and then their mood will shift to the opposite.

Depression is a well-known concept, as it is publicized and there are campaigns avid about acceptance and treatment for those who suffer depression. For those of you who are unfamiliar with depression symptoms here’s a quick recap: Depression is extreme sadness characterized by increased or decreased sleep, decreased appetite, lack of motivation, reduced interest in anything. Think about Eeyore from Winnie the Pooh, he is a prime example of depression. Both bipolar I and bipolar II diagnoses include symptoms of depression. 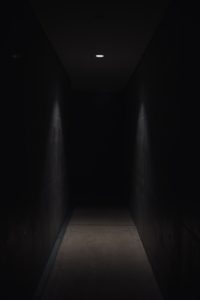 Here’s where bipolar I and bipolar II differ: people with bipolar I disorder will have shifts from depression to mania. A person only needs to have one manic episode to meet the criteria for bipolar. Mania is best described as excessive impulsivity. Someone who is manic may put themselves in debt, use illicit substances, start more projects than they can finish, or function on very little sleep. While in a manic state, a person can also experience psychotic symptoms such as auditory or visual hallucinations.

Bipolar II disorder is a less extreme form and is characterized by depression and hypomania. There will still be at least one major depressive episode for a person who fits the criteria for bipolar II, but the manic episode will be much milder. Some people enjoy the experience of hypomania, as they feel more productive. However, most people find the symptoms of hypomania uncomfortable. Hypomanic episodes do not require hospitalization and do not include psychotic features. A person who is hypomanic is best described as an ADHD child, manageable but the symptoms are a nuisance.

Now that we have the different characteristics of bipolar clarified let’s dive into celebrities that suffer from these disorders.

Celebrities Who are Thought to or Have Confirmed a Bipolar Diagnosis

Demi Lovato openly expresses her battle with bipolar disorder and was diagnosed in 2011. Through therapy and medication management, she has been able to live her life and advocate for mental health awareness.

Carrie Fisher did not believe her doctor when she was diagnosed with hypomania, which is common for people who struggle with bipolar. The manic episodes are exhilarating, and people feel productive and accomplished when they are experiencing them. Upon accepting her diagnosis, she went on to produce two novels.

Mariah Carey was diagnosed with bipolar II disorder in 2001, but it wasn’t until this year that she came out in public to announce her diagnosis. Through medication management and continuous therapy, she has been able to live a pretty normal life (well, as usual as a celebrity’s life can be). She is now an advocate for mental illness and stands on the platform that people don’t have to fight alone.

Kanye West recently announced his diagnosis with bipolar this year. Many have speculated for years that he would fit the criteria, but it wasn’t confirmed until June. Since West debuted the information, he has discussed his bouts with suicidal ideation and explained how it came through in his 2016 album.

Marilyn Monroe’s doctor noted that she displayed drastic mood swings, and would probably meet the criteria for bipolar. Mental illness was very much stigmatized against in the 1960s, so this one is not entirely confirmed, just suspected. It is said that her death was most likely a suicide.

Amy Winehouse self-medicated her diagnosis of bipolar through drugs and alcohol, which is typical for many who are not adhering to a physician’s treatment plan. Amy chose not to seek help from professionals for the disorder, which ultimately led to her overdose.

Frank Sinatra also remains unofficially diagnosed, but reports indicated he had drastic mood swings from excessive joy to deep depressions which align with the diagnosis of bipolar. Historians have noted that the mood swings Sinatra experienced could be heard in his music with happy songs being followed by troubled ones, and so forth, and so forth.

Mel Gibson is an actor and director who announced that he was diagnosed with bipolar in 2008 within a documentary. Many people doubt that this diagnosis is accurate and have picked apart private phone conversations to determine if it’s truthful. Unfortunately, by questioning the validity of the mental illness, those people are furthering mental health stigmas and preventing people from speaking their truth.

Patty Duke admits that she struggled with mental illness for most of her life, but wasn’t until 1982 that she revealed a manic-depressive diagnosis (manic-depression is the old name for bipolar). She reported that coming to terms with her diagnoses aided her in a stable, successful life. 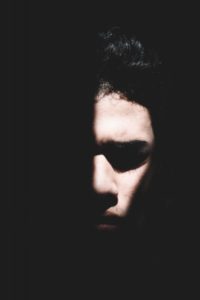 Mental Health for the Future

Now that celebrities are coming forward and disclosing personal details about their mental health, accessibility for mental health is on the rise. Dealing with a mental illness is debilitating, and it’s admirable to fight in the public eye, especially with all the scrutiny. The people noted above have become advocates or unfortunate examples of why mental health care is so essential in the United States.

It is common to see people relapse from their treatment plans, but if you compare mental health to physical health, there are some commonalities. Sometimes the cancer isn’t in remission anymore, sometimes the medication for diabetes is unobtainable, but when that happens, those people aren’t shunned, but instead supported. In comparison, when treatment methods fail and people revert back to self-medicating through drugs and alcohol society scrutinizes and has little remorse.

Famous people who are bipolar are role models, and they make mistakes just like the rest of us, so they should be celebrated for doing what not many dare not to do: They take on the challenge of fighting this broken mental health system amongst a world ready to attack at the slightest fault.

I hope this article serves as an educational tool on bipolar disorder and how multifaceted mental illness can be. I presume there are many other well-known celebrities amongst us who struggle with varying mental health disorders who have not come forward yet, for fear or judgment. This article serves as an informative piece on mental health in general and how anyone can become an advocate in our society.