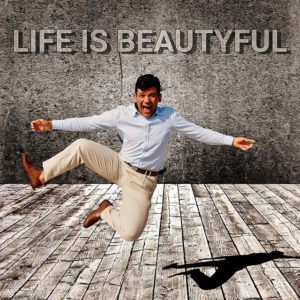 In the last two centuries, and especially in the last one, humanity has made a lot of scientific progress. However, among sciences the most fascinating remain those that study the human mind. The results in these areas have expanded into the social world, so that all the progress we have made in psychology, neurology, or education, has influenced our politics, health system, economy or technology, at least indirectly. Today, we consider the knowledge of mind the final frontier. This knowledge is an essential basis for all endeavors concerning self-improvement and motivation.

Why do we have such extraordinary expectations from this type of knowledge? What hopes are related to it? In the past, only religious experience could arouse such enthusiasm as we meet today in brain or mind research. This interest stems from the awareness that everything we do or have done until now depends on the way we think, and the latter is dependent on many factors that we have got to know only recently. Who could have imagined previously that our brain plays such a central role in the psychological development of the individual, being such a complicated machine which we can understand only with great difficulty? 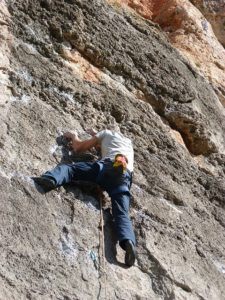 Yes, people held before that brain is an essential component of the human being. However, no one could have imagined its complexity and the intricate relationships that it brings to bear on the human consciousness. One of the breakthroughs in recent times is the understanding of the neuroplasticity of the human brain. This discovery demonstrates that our brain is not a definitive organ, but it can change in various ways, according to the experiences of the individual. It is in a continuous metamorphosis.

The traditional materialist hypothesis was that, once fully developed, the brain did not change and it determined the human mind entirely. However, according to this new insight, whatever we think on a regular basis tends to materialize in the development of specific areas in our brain. For example, it has been shown that speaking a particular language, as a mother tongue, leads to the development of brain areas that speakers of other languages do not experience. This development could not be observed in the past, due to the lack of adequate technological instruments. But now, we possess the necessary devices: they not only allow us to determine the differences in the spatial development of the respective areas but also their temporal unfolding.

The ‘Inner Path’ is no Longer Definitive

Another important step forward was to understand the role of education in the individual’s life. Education can create a mental framework inside which the individual will remain all his life if there aren’t any catastrophic events that could change him drastically. Such changes have religious consequences usually. Especially the first years in the development of the human mind are quintessential, and this is because it is at this time that the whole mind is structured and also that an emotional way emerges of responding to outside stimuli. This emotional response will be preserved, more or less, for the entire life of the individual. It’s like a breastplate that you cannot easily take off. 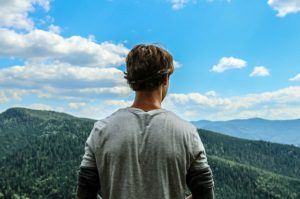 These structures within which we evolve have both benefits and inconveniences. On the one hand, they create a firm basis helping us to develop and to integrate more and more information. But on the other hand, they can also hinder us from adapting well to new realities. Previously, the latter consequence was not an impediment, because human society did not change so quickly. And if it had changed, this change was related more to the material circumstances than to the mental ones. It only became an impediment in present-day society, when changes affect all levels of human life, including the way we think and feel. The outer circumstances transform rapidly, placing the human being in a new situation that he or she has never experienced and for which they had never been prepared by what they learned in the past.

This starts already with the jobs people do: if previously, for better or worse, jobs were quite reliable – because, in general, the economy developed very slowly – nowadays they are much more uncertain. The employing companies face a global market, where the players are much more numerous than in a local, restricted, market, and therefore these companies are constrained to improve their products and continually to perform at a high level.

Consequently, they must always endeavor to be creating new products that are better than those of their competitors, so that they can sell them at high volume and thus maintain their position in the market. We can imagine what impact this product improvement has on the employees: they are the ones who are called to produce them. But before producing them, they must learn the process of this producing and adapt to it. In this process, often they may be constrained to reframe their minds to be able to learn the new things. 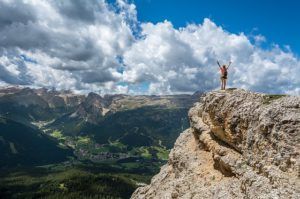 Self-Improvement: the Call of the Day

Thus, the increasing interest in self-improvement is not at all astonishing: people spontaneously seek means to help them in this process of adapting to their rapidly changing environment. They want to perform at a higher level in their workplace. Of course, parents are also completely aware that their children will be constrained to live in an increasingly complicated world, and therefore they do everything they can to give them the best education to prepare them for this uncertain future.

Self-improvement is no longer optional. People must overcome all the shortcomings that seemed until now almost natural: laziness, or at least inactivity, procrastination, self-doubt and so forth. And they must know that this is possible, that self-improvement is not an idealistic goal for a few, but an activity whose elements are grounded in the natural constitution of the human being. You cannot evolve if you think that you are limited, that your brain or your past hold you back. On the contrary, you need to know that we live in a world open to all possibilities. And this is precisely what today’s science maintains: the human being can build himself according to his highest expectations.

The human being is the ‘still unfixed animal,’ as the German philosopher Nietzsche said. He has a protean constitution. This constitution could not become visible in the past when the social structures were so powerful and immutable. It became apparent in the present-day society when the need for individual change grew so much.

When you think more deeply about this quality and openness, it is mind-boggling. The mind, the brain and the human being, in general, can change endlessly. And we cannot anticipate or imagine the results of this change. Already there are many methods that tap into the unconscious possibilities of the human mind. These methods can enhance the intellectual performance of the mind; they can eliminate weaknesses and reshape, so to speak, the individual. The unconscious part of our personality is researched as never before. If we add to these ‘soft’ methods the genetic improvement of the human being that will take place in the future, the image that we get is entirely different from the way the human being and its environment was thought of in the past.

If in the past inner fulfillment was associated with the belief that only the transcendent divinity can correct our shortcomings, recently we have learned that we can do this on a scientifically controlled basis. This is the reason for our enthusiasm concerning all self-improvement methods and this is what motivates us to strive for a better self. We feel ourselves free to amend those shortcomings and develop, without being compelled to wait for transcendent support about which no one can say when it will come. We need to see ourselves as self-made individuals. Only thus we can overcome our shortcomings and adapt better to our continuously changing environment. That cannot wait for a slow-paced natural process of transformation.