Importance of Education for Life and Career

Education is the process of learning new things, which gives the person a new understanding of something. It comes not only from books but also from the world around us. People need to understand the importance of education because without it a person can stay living in a world of ignorance. An education also helps people achieve a better and more fulfilling life, a life in which they are usually more successful in. Someone who has an education usually has a more confident attitude towards life and is more likely to view life with a more positive perspective. There are many reasons for the importance of education for life and career, not only on a personal level but on a community level and a global level as well.

People who have bettered themselves with an education are more likely to help out with their communities. These people are commonly more productive members of society, that helps the local economy, which in turn helps the global economy. Let’s take a look at the importance of education in one’s life and career on a personal, community and global level.

Everything a person does think or says is based on the amount of education they have. This starts when a person is a young child, at school, when a child starts developing mental, physical and social awareness. Now children are able to start to explore the world around them, which allows them to learn more about themselves. They gradually learn the right way and wrong way to do things and begin to develop a conscience. The more education they have, help them make knowledgeable and rational decisions that are not influenced by someone else’s opinion.

As they age, they will learn more about their rights and freedoms. By learning these things, people are less likely to be taken advantage of and forced into signing falsified documents.  They will also be able to protect those around them from being taken advantage of as well.

A person with a higher degree of education normally has a higher form of self-confidence. The higher form of self-confidence comes from understanding the sacrifice and dedication it takes to master their trade. One thing they learn while getting a higher education is the art of communication, which they are able to apply to other aspects of their lives. When people communicate with confidence they are more than likely be able to express their opinions and viewpoints to others, and others ordinarily believe them or take what they have to say into consideration.

Having an education can help someone turn his or her dreams into reality and is regularly related to his or her future success in a career. Employers often correlate the importance of education for life and career because it shows employers that their prospective employee has motivation, drive, and commitment. Not only does it show the employer that they understand commitment, but it shows the potential employee can meet challenges, like working with deadlines. It also helps the employer narrow down the application field. Some companies expect their employees to have more education for jobs that never needed a higher education before. Employees with an education generally have higher paying jobs with a more secure future and a chance for better career opportunities. 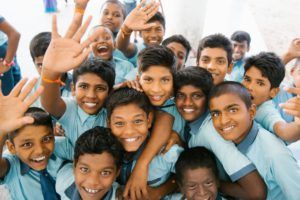 People who have a higher education, are more likely used to dealing with others in formal and informal situations. For the most part, educated people have a wide network of acquaintances. They are able to use their network to build relationships with other communities, (or members of the community), to help create social change. These allies are able to share support with each other, along with strategies, research, and knowledge.

For the most part, people with a higher education have been exposed to people who may have a different economic status, ethnic backgrounds, and religious backgrounds. People who receive higher education also know that when working with people of other backgrounds, they need to be more sensitive towards the other person’s beliefs. Being sensitive towards the other person’s beliefs and ideologies helps to create a peaceful and equal community. Educated people understand that all members of their community deserve to be treated equal, regardless of their gender, sexual orientation, age or religion.

On a global scale, when a community has more of its members with education, they see a decrease in health issues. People with a higher education generally are healthier than those without, and less likely to live in poverty. They are able to access better healthcare, because they are able to take time off work, live in safer and more sustainable communities, and have access to more nutritious food. With the access to better a health center and more nutritious food, the mortality rate for children and adults’ decreases.

Children whose mothers’ have a higher education, normally seek better medical care during their pregnancies and throughout their lives. Also, people with higher education, are more than likely to have use of vaccinations than those without an education. According to a UNESCO study conducted in 2013, 47 million children suffered from malnutrition and if their mother had a high school education, it would have saved 1.7 million children, while if the mother had a college-level education, it would have saved 12.2 children. Also, if community members have basic reading skills it would drop global poverty by 12 percent and each extra year of schooling increases a person’s earnings by 10 percent, which then increases the gross domestic product by 0.37 percent.

People who have a higher education, normally do not participate in risky behavior, which also helps to decrease the spread of infectious diseases, such as AIDS/HIV. People with an education learn their actions create consequences, and the riskier the behavior the worse of a consequence it can create. For example, a teen participates in unsafe sex, there are chances that the teen could end up pregnant or with an STD. The risk factors for a pregnancy increase as the age of mother decreases, which then could lead to the child growing up in poverty and not being a productive member of society.

It also increases the chance of the child growing up inside the welfare system or if the mother passes away from complications, the child could wind up in the court systems. Another example is children who grow up in homes with an adult that has some form of education: they could start using/selling illegal substances. The using/selling of illegal substances effects not only the person who is using them but all the local community, such as the judicial systems. Once the person engaging in these risky behaviors is caught, they more than likely end up in jail or in prison, when this occurs they are no longer a productive member of society. They are no longer helping their communities, and once they get out they have a harder time finding jobs to support themselves and many times end up back incarcerated.